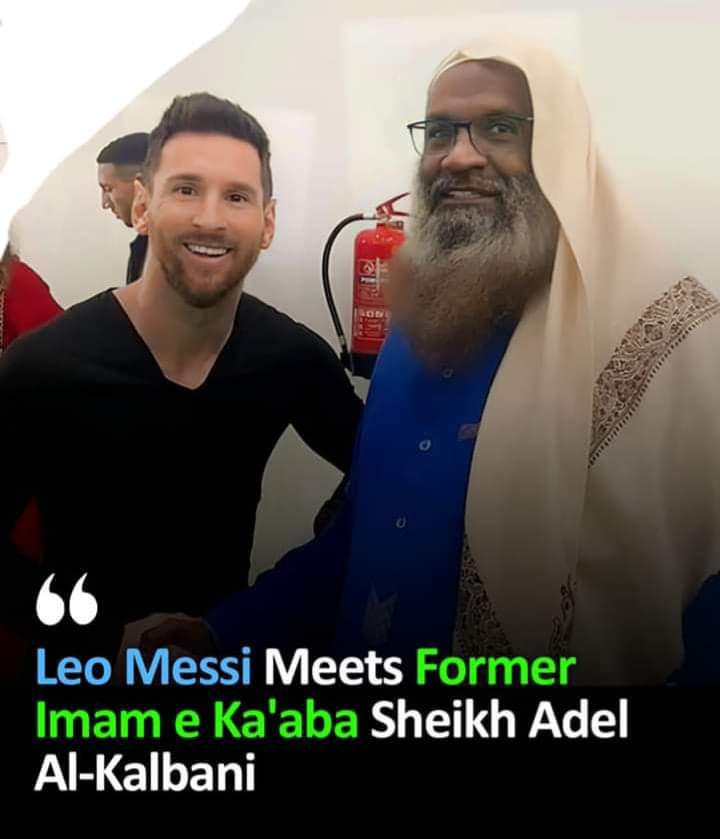 A photograph and a video clip of former imam of the Grand Mosque in Mecca, Adel Al-Kalbani with Argentine football star Lionel Messi is going viral on social media. Ashraf Hakimi was also seen in the video.

Al-Kalbani has reportedly published the two photos and the video clip on his documented page on Twitter and commented on it by saying: “With Messi and Ashraf Hakimi.”

The former imam of the Grand Mosque in Mecca appeared with Messi, smiling, as was the case with Hakimi, as part of the Riyadh season match between Al-Hilal Stars, Al-Nasr and French Paris Saint-Germain.

Last week, Lionel Messi and Cristiano Ronaldo were seen in an exhibition match as they came head to head in Paris Saint-Germain’s 5-4 win over a Riyadh All-Star XI.