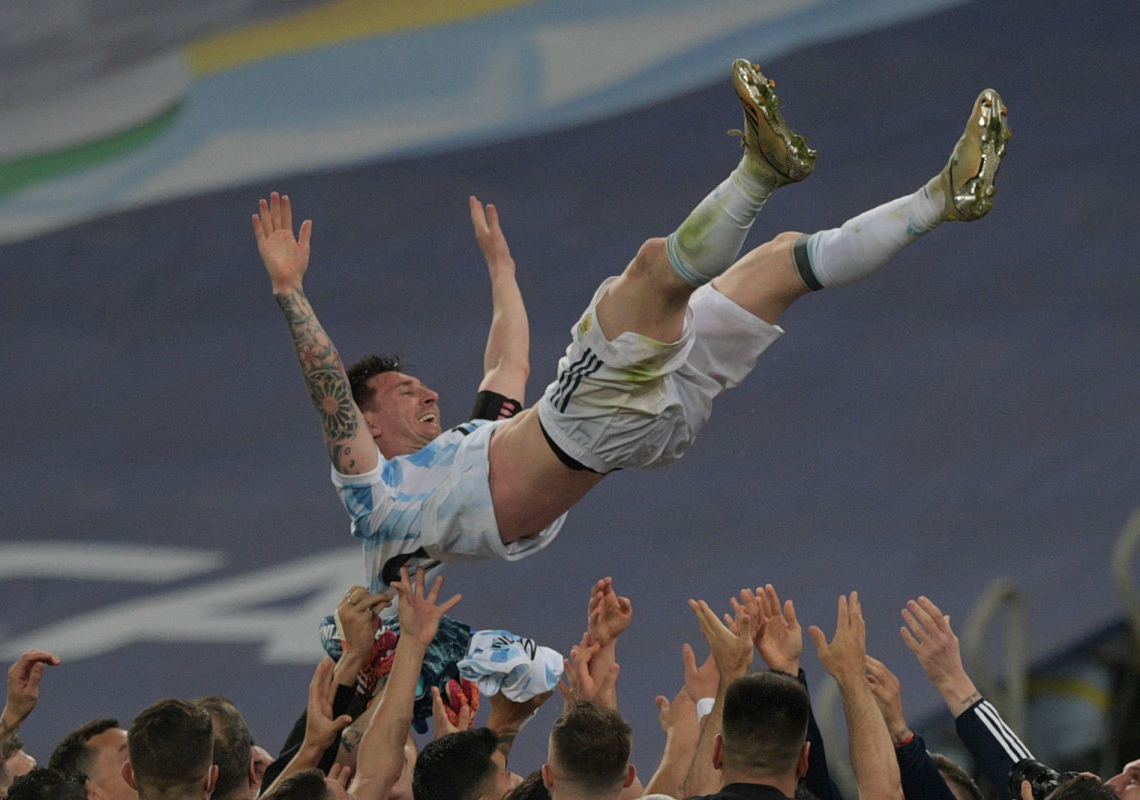 The victory at Rio de Janeiro’s Maracana stadium ended Argentina’s 28-year wait for a major trophy, and also ended Brazil’s unbeaten home record that stretched back more than 2,500 days. Argentina had last tasted success at a major tournament in 1993 when the great Gabriel Batistuta’s brace gave them a 2-1 win over Mexico in the Copa final in Ecuador.

It was the first time in six editions playing at home that Brazil had failed to lift the trophy.

And while 34-year-old Messi’s odyssey has come to an end, Brazil’s Neymar, five years his junior, is still without a major title at international level having missed the Selecao’s win on home soil two years ago through injury.

Argentina edged a brutal and fractious affair thanks to Di Maria’s goal on 22 minutes.

Messi could have wrapped up the win two minutes from time but slipped when clean through with only Ederson to beat.