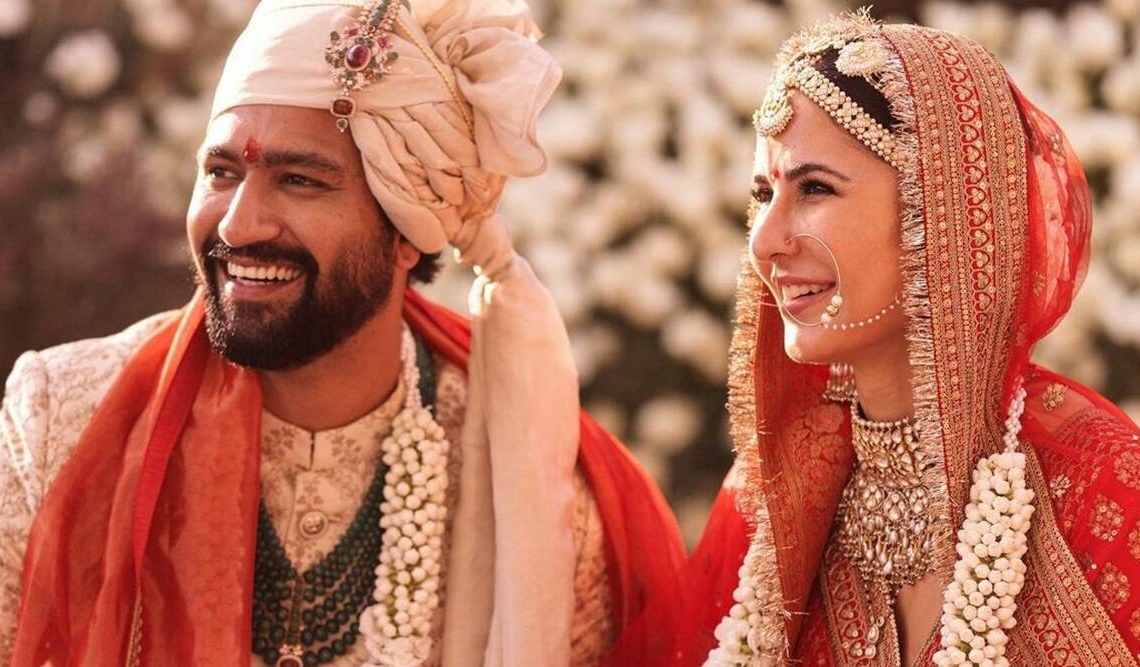 Vicky Kaushal and Katrina Kaif are the man and the wife, finally.

Both the Bollywood stars got married in an intimate ceremony at the Six Senses Fort Barwara in Rajasthan today. Katrina Kaif shared the images of the wedding on Instagram and sought the blessings of people. Both actors were dating each other reportedly since 2019 but never made their relationship public…

Vicky and Katrina shared candid pictures from the wedding, including the jaimala ritual and pheras. They were also captured gazing lovingly at each other during the ceremony.

“Oh my god you guys look so so so so beautiful,” Alia Bhatt wrote.

Priyanka Chopra commented, “So happy for you! Mere yaar ki shaadi hai (It’s my friend’s wedding)! Congratulations, both of you! You are perfect together.”

“Wishing you both a lifetime of love, laughter, loyalty, respect, and companionship!” Deepika Padukone wrote.

Kareena Kapoor seemed to be welcoming Katrina into the married actors’ club. “You diddddd ittttt, God bless youuuuuu both,” she said.

Hrithik Roshan sent Vicky and Katrina his love. “So amazing. Sending you both all my love! Have to dance together soon!” he wrote.

Vicky and Katrina had kept their relationship under wraps until now. The two have been rumored to be dating since 2019 after pictures of them exiting a Diwali party together surfaced online.

Last month, during an episode of Into `The Wild With Bear Grylls’, Vicky described the kind of woman he would like to marry. “Whoever makes you feel at home all the time, you just know that connect. Also, where there is that understanding, where you love each other for your pluses and minuses both, and we make each other a better version of each other,” he had said.