Mental disorders among the youth 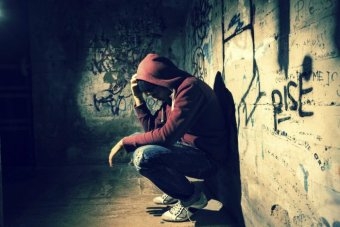 Psychiatry has given a simple classification of psychiatric disorders

Lot of literature is available on depression, anxiety, PTSD, but today let’s simplify psychotic disorders usually present only in 2 to 3 % of general population. Schizophrenia is a common disorder found in Kashmir.

Delusions= They are fixed false beliefs far beyond credibility that may be bizarre [for example ‘my right eye is a computer that controls the world or nonbizarre [detectives of my city are after me] and these remain unmodified despite clear evidence to the contrary.

Patients believe that they were born to spread a particular religion or cult; they also wrongly think other persons can hear silent thoughts of patient.

Some patients believe that their wife/husband is not faithful without any sort of evidence or believe family members or neighbors’ want to poison them.

HALLUCINATIONS= Even if Patients family and patient are in single room, patients usually complain of hearing strange voices or seeing strange things when others do not hear or see it. Most common are auditory [voices] which patient perceives as coming from outside the patients head.  Many times in cases of untreated patients these voices ask the patient to walk on water and many die of accidental suicides. In visual hallucinations patients can see angels, fairies, or ghosts.

Loosening of associations= Patients ideas are disconnected, they jump from topic to unconnected topic, speech is incoherent.

Over inclusiveness=Patients continually may disrupt the flow of their thoughts by including irrelevant information.

Neologisms= Patients coin new words which may have symbolic meaning for them.

Blocking= Speech is halted [often in midsentence] and then picked up a moments or minutes later, usually at another place. These patients have short attention span.

Echolalia= Patients repeat words or phrases in musical or singing fashion without an apparent effort to communicate.

To be considered schizophrenic it is of utmost importance to visit psychiatrist near you, only he can diagnose the disorder, also the following criteria is important.

1=Have at least 6 months of sufficiently deteriorated occupational, interpersonal and self-supportive functioning, have been actively psychotic in a characteristic fashion during at least part of that period and must not be able to account for the symptoms by the presence of a schizoaffective or major mood disorder, autism or an organic condition.

It’s very important to mention here contrary to popular belief such patients usually are NOT VIOLENT  towards doctors, although due to lack of insight some of them  will not visit any doctor or counsellor stating that they are healthy and do not need to visit any health care provider.

It’s pertinent to say use of cannabis and genetic factors play significant role in development of Schizophrenia.

1=Medical treatment. Do not stop or start treatment without doctor’s advice.

(Author can be reached at: [email protected])