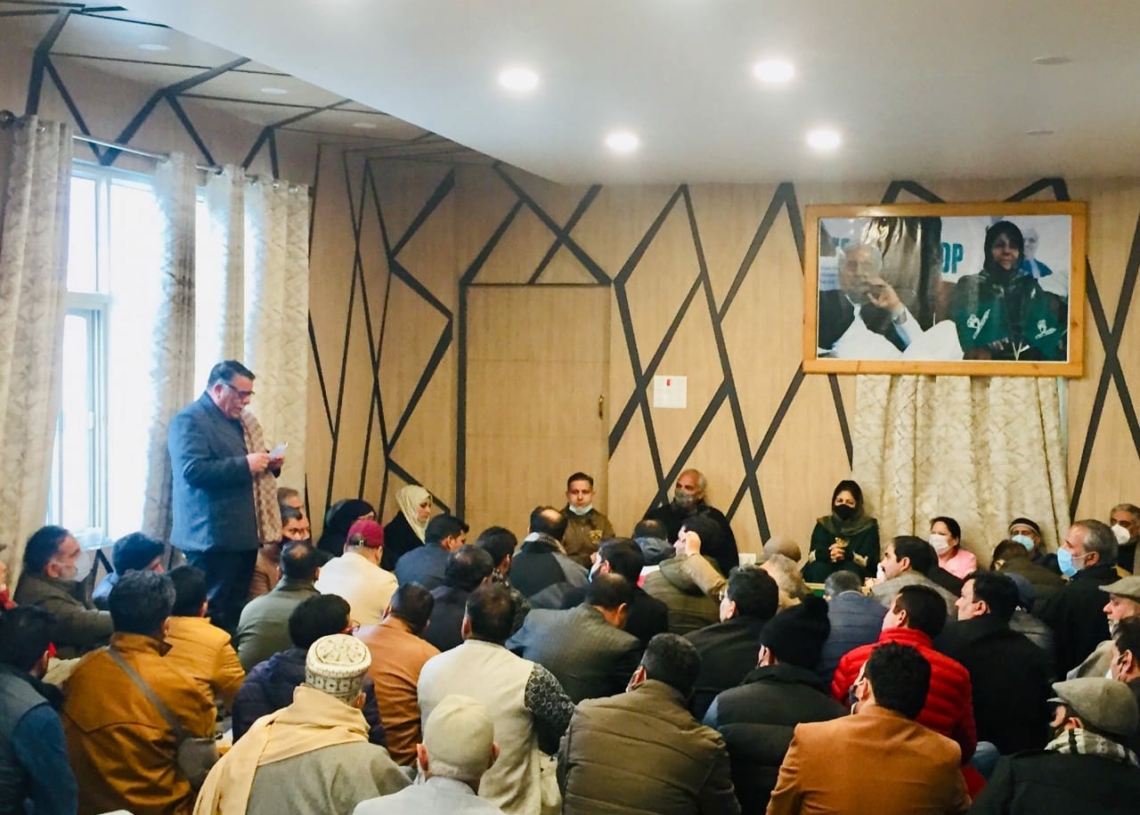 Srinagar: Former chief minister of erstwhile J&K state was on Monday re-elected as the president of Peoples Democratic Party (PDP).

Mehbooba has been the party president since 2016, after succeeding her father Mufti Muhammad Sayeed, who passed away in January 2016.

PDP spokesman said that Mehbooba was unanimously re-elected as party president for the period of three years, adding that her name was proposed by senior party leaders including Ghulam Nabi Lone Hanjura and Khurshid Aalam.

Sources said that PDP held elections for the post of party president today and the members of the electoral college from Kashmir & Jammu provinces voted to elect the party president in Srinagar and Jammu respectively.

Notably, the three-year term of Mehbooba as the party president ended on October 31st last year but fresh elections as per the spokesman were not held due to COVID–19 Pandemic.

For smooth conduct of the elections, Surinder Choudhary was the Returning Officer for Jammu whereas Satpal Singh Carak was Observer.

In Srinagar, the proceedings were conducted by Chairman election board A R Veeri—(KNO)