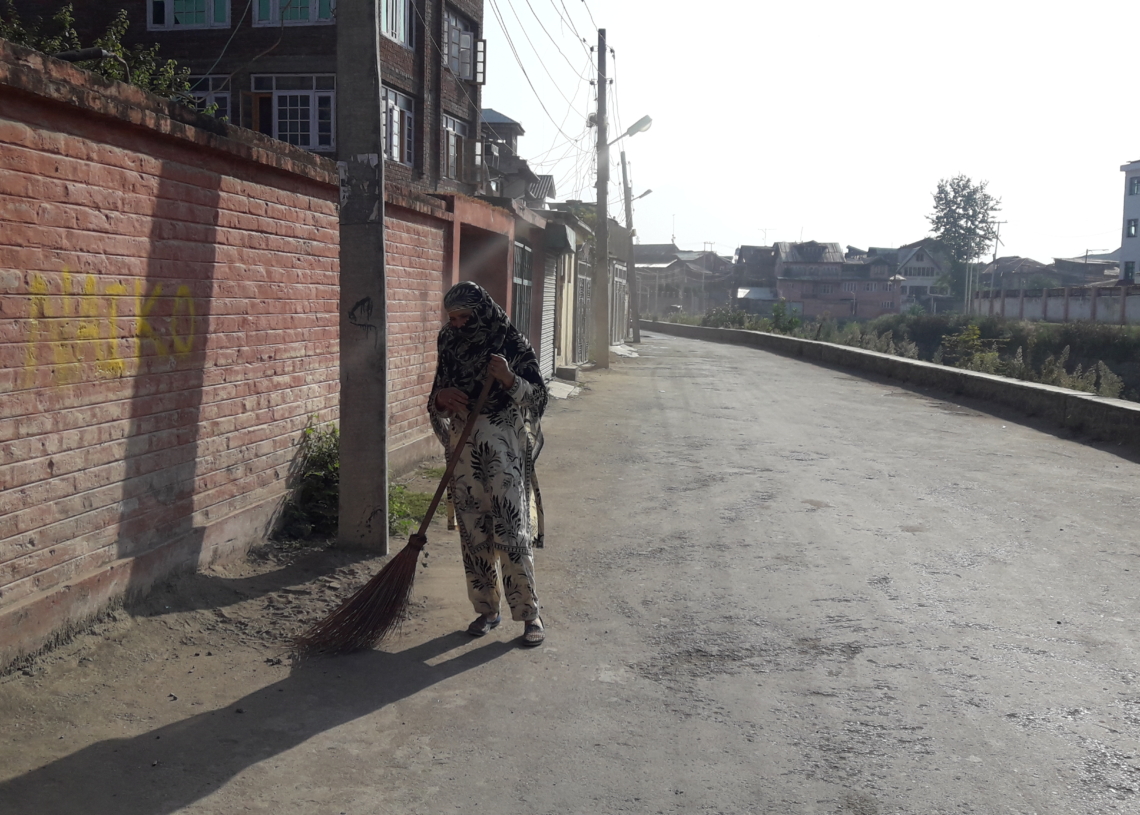 Srinagar:  Every morning when roads are deserted, Fehmeda Bano, 45, leaves home to collect the garbage from households and clean the streets near the SMHS hospital.

Hailing from highly sensitive Kani Kadal, she never abjured her duties despite strict restrictions and heavy presence of the security forces on the streets.

“I leave around 6 in the morning to clean roads from SMHS hospital road. My heart shudders in fear when I see huge presence of security personnel on the roads. I have to stop at many places to face their questions. Sometimes they allow me to move forward but many times they don’t,” she said.

Such is her devotion that Fehmeda sometimes has to do extra work by cleaning roads in other areas because her colleagues are unable to reach due to the restrictions.  “My husband is suffering from heart disease and is not able to walk. I am the bread winner in my family. I am enduring all this for my family,” she said.

Fahmeda is just one of hundreds of Safaye Karamcharies of Srinagar Municipal Corporation (SMC) who battled hardships to keep the city clean despite restrictions and lockdown.

Bashir Ahmad Dar, another safaye Karamchari of SMC said that he faces a lot of security checks on way to his workplace. “I am a driver in SMC and have to reach cargo center at Allochi Bagh where garbage collecting vehicles are stationed. I have to collect garbage from home to house. Many times I have been sent back by the security personnel as there were tight restrictions. If we stay home for a day or two people will face immense problems as the garbage will pile up everywhere which will lead to many diseases”, he said

SMC Ward Officer, Sheikh Bashir said: “Safaye Karamcharies should be provided with emergency curfew cards like the medical staff employees are provided with.”