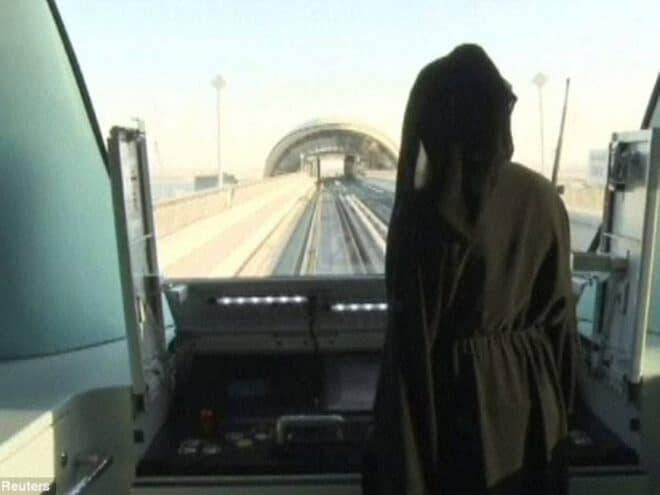 Riyadh: Breaking from tradition, 31 Saudi Arabian women have completed their first phase of training to drive high-speed trains in the Kingdom

The training courses were conducted by the Spanish railway operator Renfe on the Haramain Express train.

The trainees have entered the second phase, which will last for about 5 months, and the trainees will attend the cockpit in the presence of professional drivers.

Media reports said it is expected that Saudi women will start driving trains, in mid-December, and thus will be the first Saudi women in the history of Saudi Arabia to practice this profession, noting that the theoretical training began on March 13 with a total of 483 hours.

During the training period, subjects were taught basic knowledge of railways, traffic and safety regulations, occupational hazards, firefighting regulations, and technical aspects of trains and infrastructure.

In the coming stages, the number of Saudi men and women drivers will be increased, as it is expected that the demand will grow significantly during the next few years for travel by train, especially during the Haj and Umrah seasons.

The selected women will drive bullet trains between the cities of Makkah and Madinah after a year of paid training.

About 28,000 women took the opportunity and applied for the training. Of that group, 145 women were selected for personal interviews, but only 31 of them made it to the first stage of the training.

It is noteworthy that the Spanish company Renfe is the largest shareholder in the consortium that operates the high-speed line between Makkah and Madinah, and together with the Saudi Railways Technical Institute has been responsible for training more than 130 Saudi citizens over the past nine years.