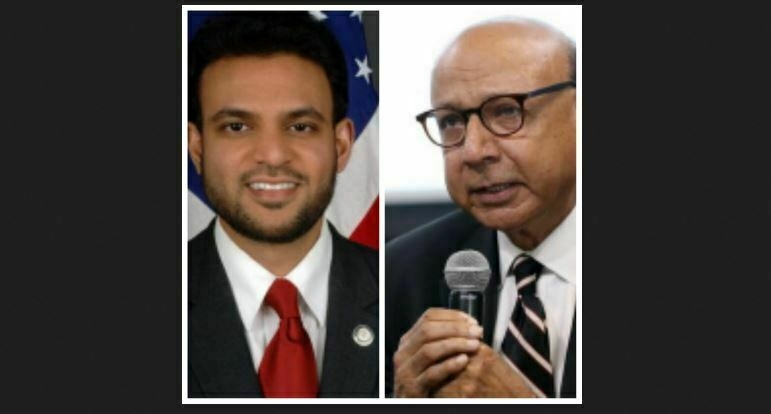 US President Joe Biden has nominated Indian-American attorney Rashad Hussain as the Ambassador-at-Large for United States Commission on International Religious Freedom (USCIRF), the first Muslim to be nominated to the key position, according to the White House.

Hussain, 41, is currently Director for Partnerships and Global Engagement at the National Security Council.

“Today’s announcement underscores the President’s commitment to build an Administration that looks like America and reflects people of all faiths. Hussain is the first Muslim to be nominated to serve as the Ambassador-at-Large for International Religious Freedom (IRF),” the White House said in a statement on Friday.

He previously served as Senior Counsel at the Department of Justice’s National Security Division. During the Obama administration, he served as US Special Envoy to the Organisation of Islamic Cooperation (OIC), US Special Envoy for Strategic Counterterrorism Communications and Deputy Associate White House Counsel.

In his roles as envoy, Hussain worked with multilateral organisations such as the OIC and the UN, foreign governments and civil society organisations to expand partnerships in education, entrepreneurship, health, international security, science and technology and other areas.

He also spearheaded efforts on countering antisemitism and protecting religious minorities in Muslim-majority countries. Prior to joining the Obama administration, Hussain worked on the House Judiciary Committee, serving as a judicial law clerk.

Hussain received his Juris Doctor from Yale Law School where he served as an editor of the Yale Law Journal, and Master’s degrees in Public Administration (Kennedy School of Government) and Arabic and Islamic Studies from Harvard University.

He has also taught as Adjunct Professor of Law at Georgetown Law Center and the Georgetown School of Foreign Service. He speaks Urdu, Arabic and Spanish.

Khizr , founder of the Constitution Literacy and National Unity Project, is an advocate for religious freedom as a core element of human dignity. After immigrating to the United States in 1980, he attended Harvard Law School and obtained his LL.M degree.

He is licensed to practice law before the Supreme Court of the United States, various Federal District Courts, and Washington, DC and New York State courts. In his law practice, he devotes a substantial amount of his time to providing legal services to veterans, men and women serving in uniform, and their families.

Khizr is a Gold Star parent of U.S. Army Captain Humayun Khan. Capt. Humayun Khan was a University of Virginia graduate who was killed while serving in Iraq as he stopped an attack on his camp and saved the lives of scores of U.S. soldiers and Iraqi civilians. He was posthumously awarded the Purple Heart and Bronze Star with Valor. He was buried in Arlington National Cemetery Section 60 with full military honors.

Khizr lives in Charlottesville, Virginia. He is author of three books, including An American Family-A Memoir of Hope and Sacrifice, Founding Documents of the United States of America, and This is Our Constitution.

According to the White House, Deborah Lipstadt has been nominated as Special Envoy to Monitor and Combat Anti-Semitism with the Rank of Ambassador and Sharon Kleinbaum as USCIRF Commissioner.