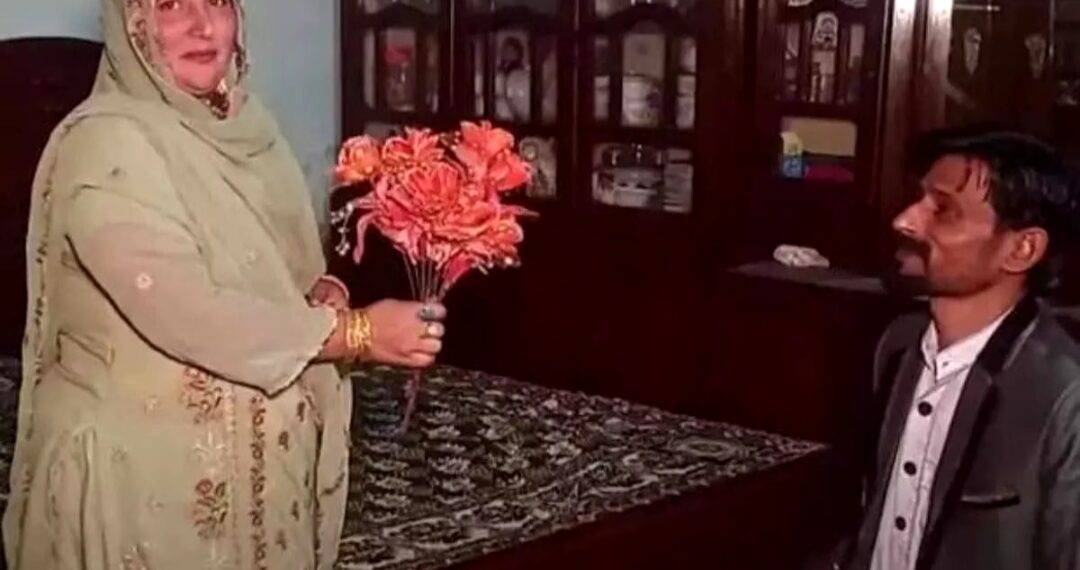 Islamabad: Love knows no boundaries. It was proved beyond doubt when a landlady married her domestic help in Pakistan.

Nazia, a landlady in Islamabad had been living alone and needed help around the house when a friend recommended Sufiyan.

Speaking with Pakistani content creator and Youtuber Syed Basit, Nazia, said it was Sufiyan’s simplicity that won her over, and soon after, she grew to like all of his habits, demeanor, and worldview.

Eventually, the landlady popped the question to her helper. “Sufiyan had fainted after hearing the proposal,” Nazia recalled. But he knew to say “I love you, too”.

According to her, Sufiyan has proven to be a valuable member who also doubles as a lover. If she falls sick, he tends to her, gets her medicine, and cooks.

Nazia compares him to Salman Khan, while to Sufiyan, she is his ‘Katrina Kaif’.

However, they have been at the receiving end of society for their relationship. The landlady says she might even transfer ownership of her house to her man.