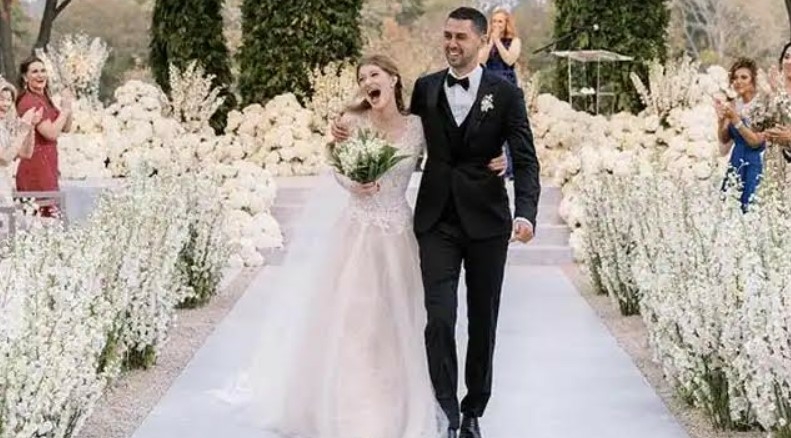 Who is Nayel Nassar?

Nayel Nassar is an Egyptian equestrian by profession. Although he was born in the US, he grew up in Kuwait.

Later he graduated from Sanford University in Economics in 2013. The 30-year-old also competed in the Tokyo Olympics. Nassar met Jennifer on a show-jumping circuit.

The eldest daughter of Bill and Melinda Gates, Jennifer graduated in Human Biology from Stanford University in 2018.

The couple shares passion for equestrian sport. Both of them competed together in international events until Jennifer started medical school in 2019.

She is set to graduate in 2023. Nassar is also a businessman. He owns a `Nassar Stables LLC’.

He established the company in 2014 in California. Jennifer is the founder of Evergate Stables, which is now co-managed by the couple. According to Nassar’s biography, he has qualified for the FEI (Fédération Equestre Internationale) World Cup Finals in 2013, 2014, and 2017.

He also played in the FEI World Equestrian Games 2014. But most recently, the son of millionaire parents competed in the Tokyo Olympics, marking the first time in 61 years that Egypt’s equestrian team had qualified for the coveted event.

According to reports, the non-public Muslim ceremony was held last Friday in the backyard of the household’s 142-acre property in New York with around 300 guests attending the wedding. The families, as per reports, spent $2 million on the wedding. Jennifer Gates wore a custom Vera Wang full-sleeved gown with a long veil and intricate embroidery. She wore minimal accessories with her gown and a pair of Aquazzura heels. Nayel Nassar wore a black tuxedo with a white shirt and a bowtie.