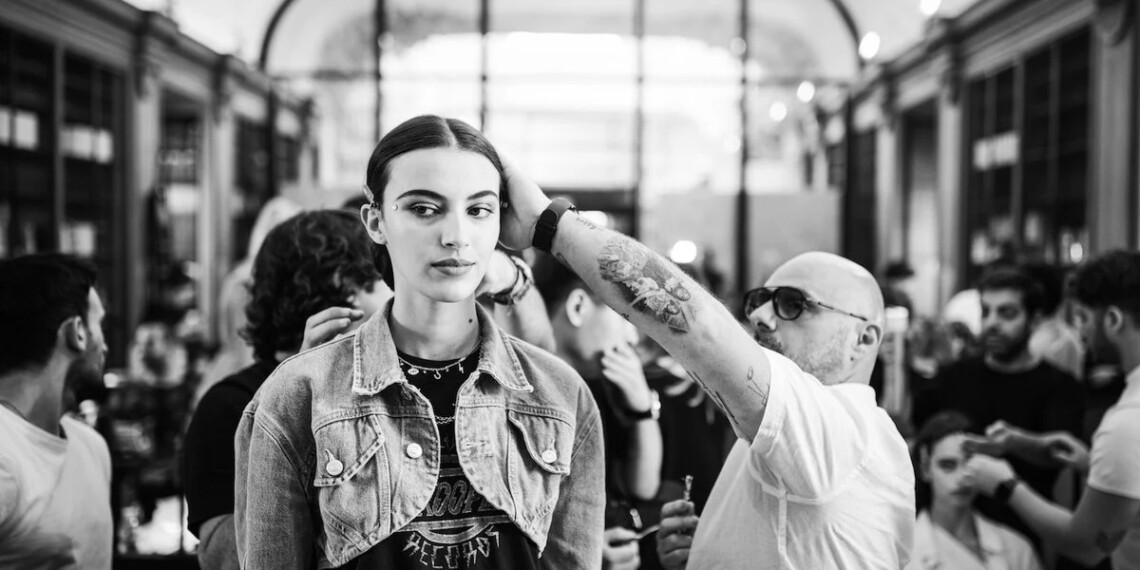 Arab News reported that at Paris Haute Couture Week, she walked the runway for some of the world’s most renowned couturiers, including Lebanese designer Georges Hobeika and Giorgio Armani, attracting international headlines. A couple of weeks before that, she picked up her Bachelor’s degree (with first-class honors) in philosophy, politics, and economics from King’s College, London.

Al-Zuhair signed to the prestigious Elite Model Management agency aged just 15. “I was having lunch with my family at a restaurant in Paris, and I was spotted by a former Elite agent who told me I should go to the agency and that they’d really like me. So I went, and within 10 minutes I got a contract, which was pretty surreal,” Al-Zuhair told Arab News.

But she didn’t become a model full-time until she was 18. Instead, she had a gradual introduction to the industry with test shoots and editorials.

“School and my education have been a top priority,” she explained. “I’ve always been a bit of a nerd — I represented my school in national math competitions, I was head of the math team and a member of the UK’s Youth Parliament. And then I focused on my degree. It’s still my goal today to become a lawyer.”

Al-Zuhair was born in Paris to a French mother and Saudi father. She was raised in London, “My father wanted me to follow his steps and graduate from a UK university,” she said.

The family traveled frequently between the UK and Riyadh, so Al-Zuhair feels a strong cultural and emotional attachment to the Kingdom.

“I love Saudi. It’s a big part of who I am and I really appreciate everything that’s going on at the moment — the advancements in culture, education, economy, and infrastructure,” she said. “The current leadership has done an amazing job at putting the country at the forefront of the global stage, and I’m really proud to see these changes.”

Although Al-Zuhair grew up in Europe, she says she was raised with “traditional values” and that her religion is very dear to her. From the get-go, she was clear about what she would, or wouldn’t, be prepared to do as a model.

“I think the industry is very accommodating. It’s all about what boundaries you set. My agency is amazing – and these boundaries have been respected in all aspects of my work and with all my clients. I’ve been very fortunate to have a very good experience,” she said.

Paris Haute Couture Week was a triumph for Al-Zuhair. She was also part of Dolce & Gabbana’s monumental show in Sicily, where the label celebrated 10 years of its Alta Moda line. Wearing a black habit and black dress with sheer panels, she was an absolute vision on the runway situated in the historic Piazza Duomo in Siracusa.

Al-Zuhair has also worked with some of the industry’s biggest names in the form of ad campaigns and editorials, including Tiffany & Co, Burberry, and Carolina Herrera. In 2020, she landed her first Vogue Arabia cover, attracting widespread praise.

“It was shot in NEOM, and we were the first group to shoot there. It was such an exhilarating experience because I discovered a whole new side of Saudi Arabia. It’s just one of the most beautiful landscapes I’ve ever seen — the sea, the mountains, the land — you cannot get sick of the views. We had lots of trailers in the middle of the desert; it kind of felt like a movie set. I also got to meet lots of local Saudi production members and stylists. It was so nice to have that representation,” she said.

Juggling a demanding modeling career and a full-time university course was no easy feat. “That that was one of the most difficult aspects — the balance. It requires a lot of discipline and good time management because every second counts. Every day I had to study, exercise, eat, go to university and see my family. There weren’t enough hours. Once, I went to Milan for work, and within 48 hours I’d been in five different cities and four countries.”

Al-Zuhair shows no signs of slowing down, though. She’s already applying to universities to continue her education and it’s clear that her modeling career is on a steep upward trajectory, with labels and brands clamoring to work with her. It seems that she’ll grab as many opportunities as possible.

“With each show, you get a different atmosphere, mood, and energy. There’s a different inspiration behind each collection, and that’s reflected in the clothes and we way act and walk. I’m very grateful for all the opportunities that I’ve been given and to all of these designers for trusting me. It’s a big responsibility,” she said.

“I see the work that goes into it behind the scenes, and it’s a very emotional experience. To me, fashion is an art and a form of self-expression. I’m honored to be able to present these collections and their designers’ works of art to the world.”