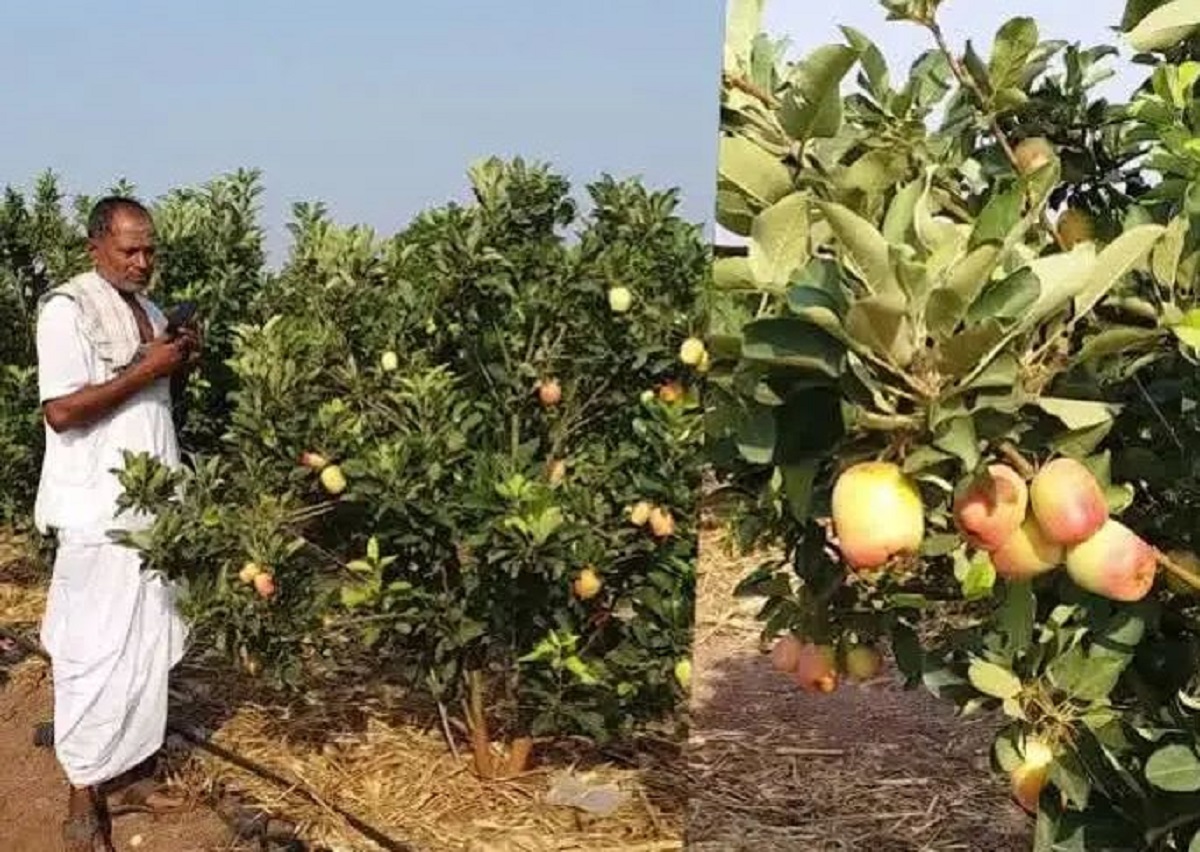 Comparing the benign climate of Kashmir with the arid air in southern India’s Karnataka would fetch huge differences. While the temperature at the former stays below 30 degrees for the most part of the year, the mercury in the latter goes as high as mid (or even high) 40s. But this chasm of a difference in weather is not stopping a Karnataka farmer from his agricultural experiments.

Siddappa Balagonda, an orchardist from Karnataka is attempting to grow Kashmir apples on an acre of black soil in the Kolkar area of Vijayapura district. Local reports said that the place is known for its grapes but growing apples there was, until now, considered impossible. Balagonda however has made it possible after he put in a lot of hard work and around Rs 2 lakh rupees on his piece of land to grow apples.

For the unversed, Apple is sold at a very high price, especially in southern India. A kilo of apples that you can buy for Rs 50 in Kashmir is sold at Rs 200 or even more in Karnataka.

Apples are grown only in moderate temperate areas and need annual rainfall of 100 to 124 cm. The temperature should be 4 to 21 degrees Celsius. “Apple is not a delicate fruit like Grape and pomegranate. It is less prone to diseases. We did this as an experiment. This still needs to be changed. We took the suggestion of Universities and Agriculture Officers before growing them. We brought it up because our district is suitable for these fruits to grow,” Siddappa was quoted saying by a local news report.

As per the report, the farmer brought the apple plants from Kashmir as there is a high demand for the fruit in the local market for fruits.
The apple grows only in the Nilgiri Hills of Tamil Nadu, Jammu & Kashmir, Himachal Pradesh, Uttarakhand, Punjab, Nagaland, and Meghalaya.