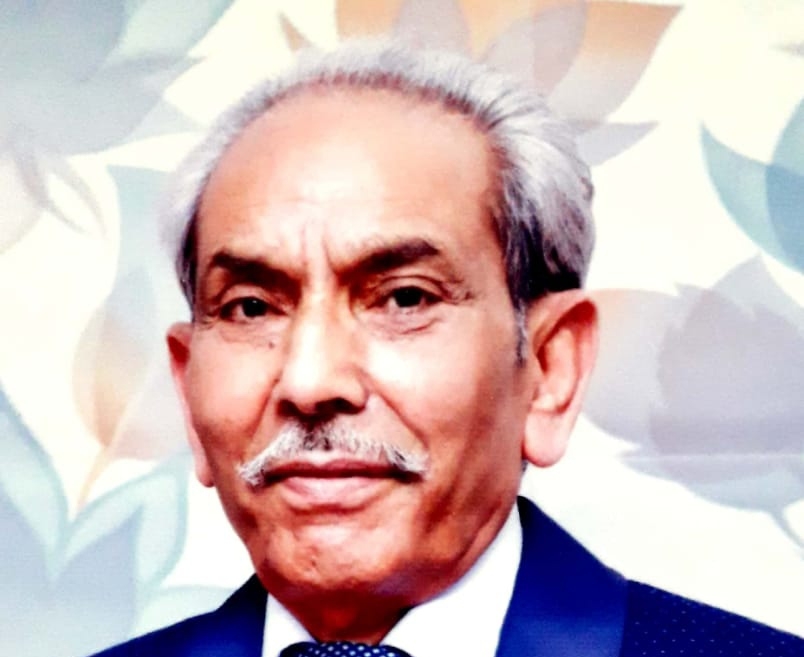 Shad is among few Kashmiri pandit poets who write `Marsiya and Nawha’ with equal finesse and flair. Shad’s recitation of nawha `zun’ during virtual All J&K Hussaini Mushaira broke the internet. His  video of nawha notched 3200 views and 101 shares within hours after it was uploaded by Jammu and Kashmir Saqafati Marqaz, Budgam on its official Facebook page.

For an 86-year-old poet, the love for Imam Hussain (AS) has been inherited from his father who was a regular participant in Tazia processions at Budgam. “My father had three daughters. He was longing for a son. Therefore, he participated in Tazia and prayed for a son. One and a half years later, I was born. Since then, my father and I have been the biggest Hussainis,” he told The Kashmir Monitor.

Born at Qazibagh, Budgam in 1934, Shad has been regular to Hussaini Mushairas in Kashmir despite migrating to Jammu. “In fact, I have participated in the Musharias when militancy was at its peak. I used to come from Jammu and recite Nawhas and Marsiya,” he said.

Such is his love for martyrs of Karbala that he read scores of books to understand the philosophy of Ashoora. “Since my father had told me about Tazia, I too decided to follow his footsteps.  From Class VIII, I started researching on the subject. I met several poets who helped me also during my journey. Gradually, I started writing nawhas,” he said.

Shad is one of few poets who has been blessed by legendary Samad Mir himself. “Mir Sahab’s son was my classmate. He took me to his father and told him that he too writes poetry. Mir Sahab affectionately told me to recite some verses. He was so happy that he kissed my forehead. Later he called his son and said your friend is a very good writer,” he said.

Holding BA and B.Ed degrees, Shad retired as a government teacher in 1992. “I have also done a diploma in agriculture besides my BA and B.Ed. I served several schools and taught different subjects. In fact, I was doing farming till I migrated to Jammu,” he said.

Despite his old age and migration, Shad’s love for the Kashmiri language has not diminished. “I have written several poetry books in Kashmiri.  I am presently writing three books and they are all prose. In fact, in one of my books, I have a dedicated a chapter on Tazia. It is titled Marsiya,” he said.