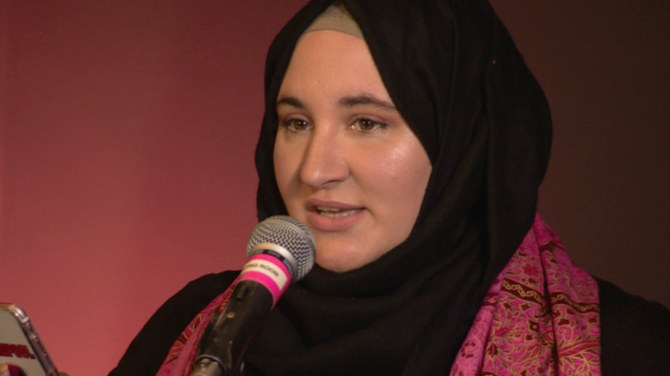 LONDON: Hanan Issa has become the first Muslim to be chosen as the National Poet of Wales.

A Welsh-Iraqi poet, filmmaker, and artist, she will represent the country’s diverse cultures and languages and serve as an ambassador for the Welsh people for the next three years, Arab News reported.

Ashok Ahir, president of the National Eisteddfod Court and chair of the Eisteddfod Management Board, said on behalf of the selection panel that Issa has a “cross-community voice that speaks to every part of the country.”

Issa said the selection of the first Muslim for the role was an “incredibly positive step” and it is “exciting to think that Wales is taking the lead on this aspect of representation.”

Muslim women often “get squashed into very narrow perceptions,” she added and expressed hope that women from all walks of life will see her success and think: “That’s a thing that’s achievable for me.”

Issa grew up in Cardiff surrounded by people speaking a variety of languages, including her Iraqi relatives who spoke Arabic and her grandparents who spoke Welsh.

“Sitting with one foot on either shore of different heritages does make you have a greater, deeper understanding of different views, different ways of living, and different languages,” she said.

“I’ve always been comfortable being in a space where I don’t fully understand what other people are saying. In the UK we have several minoritized languages, as well as languages that are spoken by second and third-generation people, and I think it’s a really important step forward for us to start seeing ourselves as a multilingual, multicultural nation.”

Issa said that during her time as a national poet she hopes to introduce more people to cynghanedd, an ancient Welsh form of poetry, and encourage more people to appreciate poetry.

She added that she also wants to “add to conversations around identity and belonging, particularly when talking about natural spaces.”

Her predecessor, Ifor ap Glyn, who had been the Welsh national poet since 2016, described Issa as a “thoughtful and engaged poet” who would bring “a fresh voice to the national conversation.”

He added that she “will be a great ambassador for a culturally diverse and outward-looking nation.”

“My Body Can House Two Hearts,” a collection of Issa’s poetry, was published in 2019. She also contributed to two books published this year: “Welsh (Plural): Essays on the Future of Wales,” and “The Mab”, a children’s book based on the Welsh Mabinogi legends and mythology.

She also co-founded Where I’m Coming From, an open-mic night for writers in Cardiff; was part of the writers’ room for “We Are Lady Parts,” a TV sitcom about a group of Muslim women in the UK who form a punk rock band; and was among the first group of writers to participate in the Representing Wales program launched by Literature Wales in 2021.