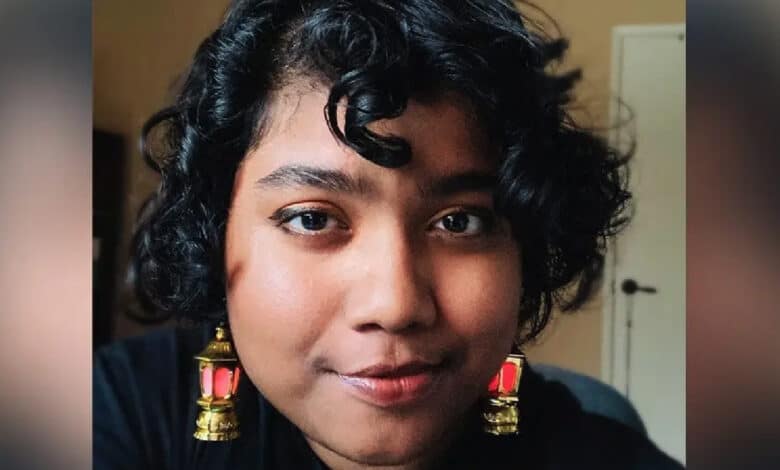 She is one among the four journalists who have been selected for the prestigious award. The others are Anthony Del Col, Josh Adams, and Walt Hickey.

They have been given the honor for their work on the Chinese oppression of the Uyghurs for Insider Online magazine.

The work ‘I escaped a Chinese internment Camp’ has illustrations by Fahmida Azim. She was born in Bangladesh but now works from Seattle in the USA.

She moved to the USA with her family members when she was a child and grew up in Virginia. She has a Bachelor’s degree in Fine Art from VCUarts. Most of her works are in digital media but she also enjoys working with old-fashioned traditional mediums such as acrylic paints, gouache, and ink. Her art is primarily about themes of identity and autonomy.

According to an article in The Dhaka Tribune, Fahmida is the second person from Bangladesh to win the Pulitzer Prize. The first was Mohammad Ponir Hossain who won the prize in 2018 for feature photography as part of the Reuters team of photographers for his pictures of Rohingya refugees in Bangladesh.

On her website, Fahmida said she enjoys drawing human figures. She says that her objective is to depict real people living extraordinary lives. Earlier this year she won the Golden Kite award for her work in “Samira Surfs.” This book has been written by Rukhsanna Guidroz and published by Penguin Random House. The story is about an 11-year-old Rohingya refugee girl named Samira who lives in Cox’s Bazar in Bangladesh but finds peace and enjoyment in surfing.

The books where Fahmida’s illustrations have earned worldwide praise include “Muslim Women Are Everything”, “Amira’s Picture Day” and “Samira Surfs.”  Her editorial work has appeared in Entertainment Weekly, Insider, Scientific American, The New York Times, The New Yorker, The New Humanitarian, and other publications. At present, she is working on her debut solo graphic novel Mega Megha for the publishing company Scholastic Graphix.

The citation for the Pulitzer award said that people have been selected for the prize for using graphic reportage and the comic medium to tell a powerful yet intimate story of the Chinese oppression of the Uyghurs, making the issue accessible to a wider public.

On her website, Fahmida has posted some of her paintings which include one of film actress Kajol, and another of Eartha Kitt, the American singer, actress, comedian, dancer, and activist known for her highly distinctive singing style and her outspoken opposition to the Vietnam War.

Fahmida’s other published works include illustrations titled Fasting For Ramadan, Muslim Grief And Identity After Christchurch, and Preventing Student Suicide. All her illustrations have a distinctive style and certain common characteristics which can be identified as her own personal touch. It is heartening to note that an illustrator who was born in the Indian subcontinent has been honored with the Pulitzer award with her team.