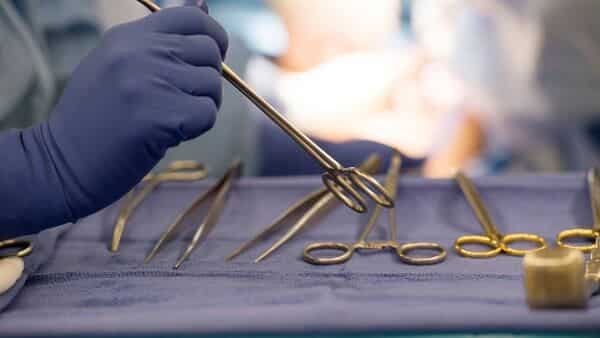 Two patients, one from Karnataka and another from Iraq, who lost both their hands due to electric shock, have successfully undergone bilateral hand transplants at Amrita Hospital, Kochi. The limbs were harvested from donors who were victims of fatal road accidents in Kerala.

Mint reported that 25-year-old Amaresh’s donor was Vinod (54). Vinod used to work in the Gulf region. One during a visit to his native place in Kollam district, Kerala, he had a fatal traffic accident when his motorcycle collided with a private bus. Vinod suffered a serious head injury and was admitted to the Government Medical College, Thiruvananthapuram. Despite the best efforts of doctors, he could not be revived and was declared brain dead on January 4, 2022. Vinod’s family readily agreed to donate his various organs, including his hands, following his death.

Amresh suffered a severe injury in September 2017 due to an electric shock while repairing a charged electric cable. His hands sustained multiple fractures and electric burns. He was rushed to a hospital where doctors had to amputate both his hands to save his life. While the right hand was amputated at the elbow, the left hand had to be severed right at the shoulder level.

Amaresh later approached the hand transplant team of Amrita Hospital and subsequently got registered in the Kerala Network for Organ Sharing (KNOS) in September 2018 as an organ recipient waiting for organ transplantation.

“After a pair of hands were harvested for transplantation from Vinod, Amaresh was rushed to Amrita Hospital on January 5, 2022, where Dr. Subramania Iyer and Dr. Mohit Sharma led a team of 20 surgeons and 10 anesthetists to successfully transplant both the limbs in a marathon surgery,” the hospital said.

According to doctors, shoulder-level full-arm transplants are quite rare. In fact, this is only the third such surgery in the world. There are profound technical issues in a shoulder-level transplant, especially fixing the donated upper limb to the shoulder of the recipient.

But fortunately, Amaresh got new arms in successful surgery.

Meanwhile, Yousif Hasan, an interior construction worker from Baghdad and a father of two girls, was involved in an accident in 2019 when he was drilling a wall. The driller unexpectedly came into contact with a concealed high-voltage electric cable, electrocuting him instantly. He was rushed to a hospital, where doctors had to amputate both his hands from the elbow to save his life.

His donor became a 39-year-old woman, Ambily, an Alappuzha native. She died in a car accident in 2022. Her family readily agreed to donate her organs, including the hands, to those in need. On February 2, 2022, Ambily’s hands were successfully attached to Yousif in a 16-hour surgery, led by Dr. Subramania Iyer and Dr. Mohit Sharma.

Amrita Hospital pioneered hand transplants in India by conducting the country’s first such transplant on a 30-year-old man, Manu, in January 2015, with the surgery team led by Dr. Iyer. With these two surgeries, a total of 11 patients have received hand transplants at Amrita since then.