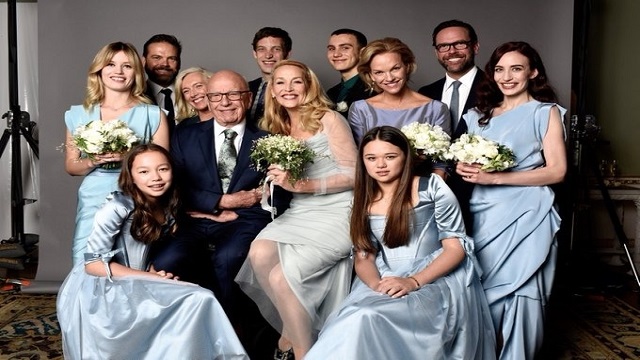 Washington: At age 91, Rupert Murdoch is heading for divorce with Jerry Hall, the fourth for the American media mogul and the third for the model actress, according to media reports.

Citing a report by The New York Times, the BBC said that representatives for Murdoch and the 65-year-old Hall, who got married at a mansion in central London in 2016, are yet to comment.

The report said the couple’s split “comes as a surprise to those close to the family”.

Murdoch was previously married to Australian flight attendant Patricia Booker, from 1956 to 1967; Scottish-born journalist Anna Mann, from 1967 to 1999; and Chinese-born entrepreneur Wendi Deng, from 1999 to 2014.

Hall has previously married Rolling Stones frontman Mick Jagger, with whom she had four children.

Across their marriages, Murdoch and Hall have 10 children, the BBC reported.

Murdoch’s News Corporation empire controls major media outlets including Fox News and the Wall Street Journal in the US, and The Sun and The Times in the UK.