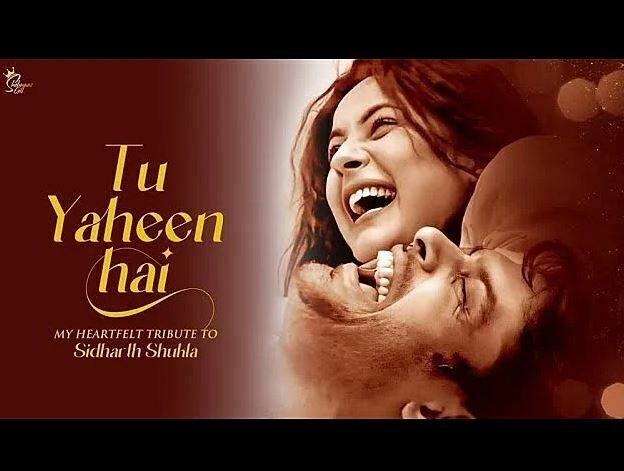 Shehnaaz Gill’s moving tribute to late Sidharth Shukla ‘Tu Yaheen Hai’ has left many in tears. The video which has the duo’s best moments from Bigg Boss 13 has received a lot of support and tributes on social media.

Shot in the UK, it is full of moments that give us goosebumps. Shehnaaz Gill’s song has already crossed six million views and is trending on No.1 on YouTube. The song has very deep lyrics and she has sung it beautifully.

Celebs have also come forward to show emotional support to Shehnaaz Gill. As we know, her popularity after Bigg Boss 13 spread all over Southeast Asia and even in the West. Afghanistan’s star cricketer left a comment, “May Allah give you strength” with a heart emojis and hands raised in duas.

Sidharth Shukla and Shehnaaz Gill met and befriended one another in Bigg Boss 13. Though they never admitted that they were in a relationship, their bond was known to one and all. Shehnaaz Gill’s Honsla Rakh has made more than Rs 40 crore in Punjab and is a hit.

Rashid is not the only one who has supported her. Rubina Dilaik, Aly Goni, Karan Kundrra and everyone has showered love on the video.