`Matches made in heaven’: Night cricket returns to Kashmir with a bang 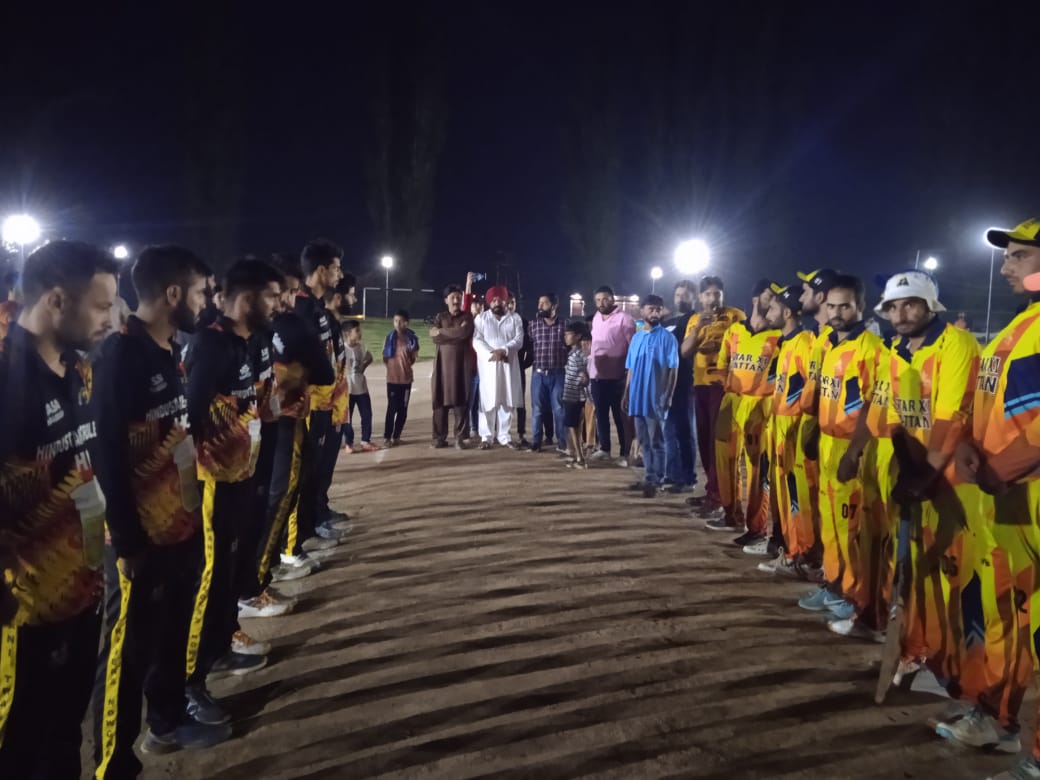 Srinagar:  Night cricket has returned to Kashmir with a bang.

Thanks to the J&K government’s sports infrastructure development and sweltering heat, cricket enthusiasts are making beelines to stadiums across the valley.

Dozens of cricket leagues are being held under the floodlights across the valley. In north Kashmir’s Pattan, a first-of-its-kind night cricket tournament was organized. The match started at 9 pm with people from distant places traveling to watch the game.

“We didn’t expect so many people would turn up to watch the match. Sixteen teams are participating in the tourney,” said Mohammad Lateef Ganaie, organizer of Presidents Cup 2022.

Organizers said the main reason behind the night cricket tournament was the persisting hot weather in the valley. “We have been playing day cricket for a long, but this year summer has been very hot. We started this league on an experimental basis.  We get so many requests from people to initiate more such competitions during the summer,” he said.

Given the popularity, organizers are now gearing up for an inter-district tournament. “Thanks to the sports fraternity Pattan which has encouraged us. We are now gearing up to hold a bigger tourney in coming weeks, ” Ganaie said.

A similar league is being played in Durhama area of Baramulla where 65 cricket teams from faraway places are competing.

Organizers said it is for the first time that such a big tournament is being held during the night hours.

“Durhama is known for organizing big cricket leagues. This time we decided to organize a night cricket tournament. Our playground is equipped with floodlights, which are not used so far. The preparations for the league had started months before and fortunately, we are receiving a good response from the people as well as the cricketers,” said Tariq Malik, chief organizer of the Sranzfall Cricket Tournament.

Organizers said that they make special arrangements for the teams as well as spectators to enjoy the night cricket.

Before cricket, football leagues have been held in Kashmir during night hours, particularly in Srinagar and Bandipora. People in thousands were turning up to watch the local heroes playing in these leagues.