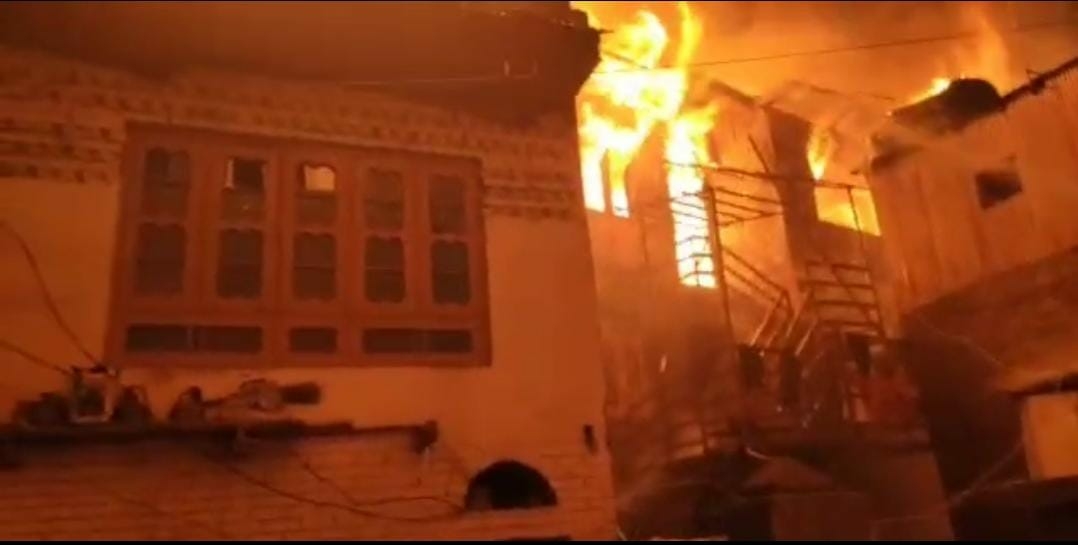 Srinagar, Mar 13: A massive fire has broken out in Sheikh Hamza Colony of Batamaloo in central Kashmir’s Srinagar district.

Reports said that at least four residential houses were involved in a massive conflagration, which broke out around 10:55 PM.

Several fire tenders have already reached the site to contain the fire, however the raging flames were yet to be controlled, when this report is being filed.

A Fire and Emergency Department official told that men and machinery from several stations around the area have been rushed to the site to bring the fire under control. (GNS)