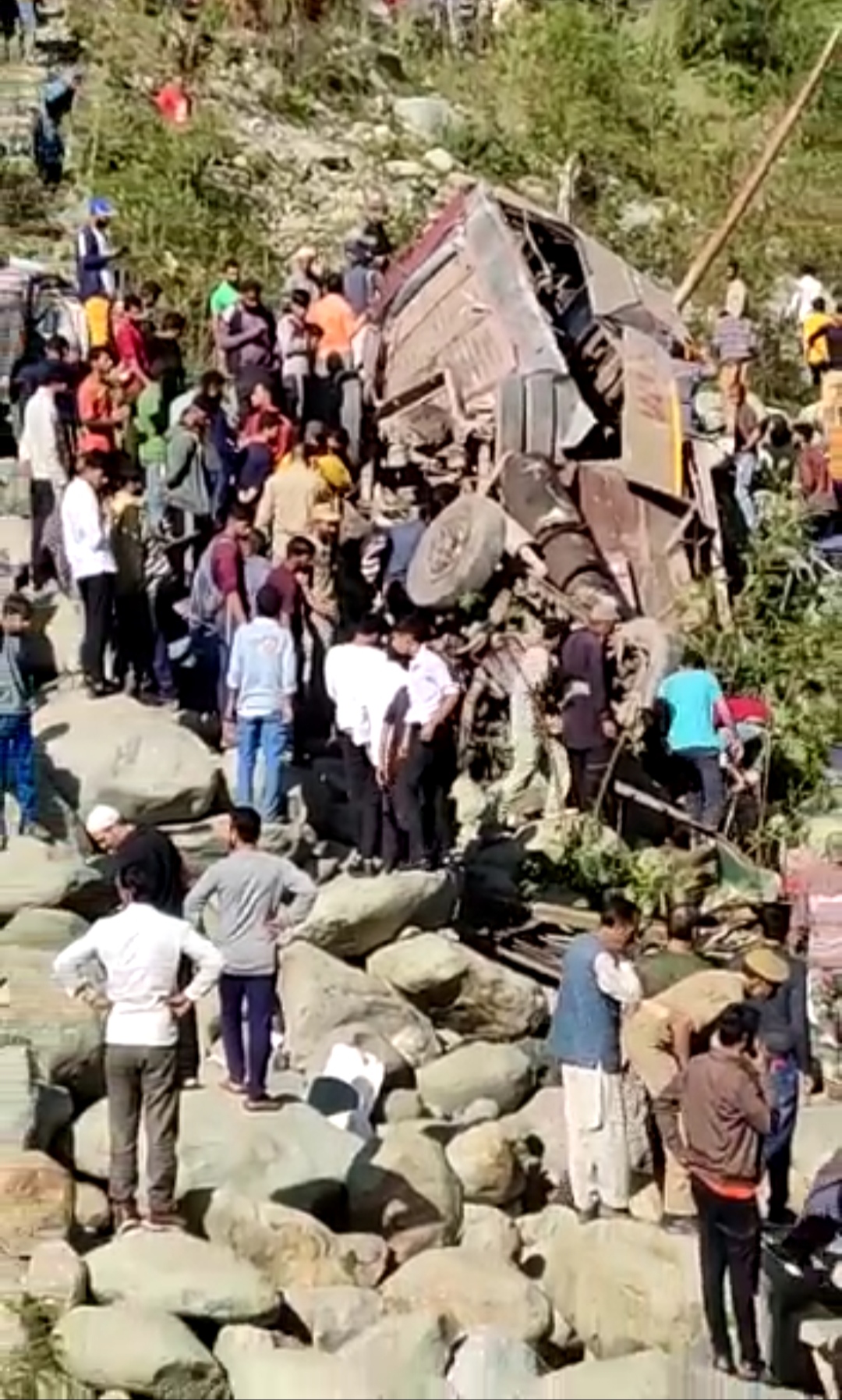 Poonch, Sep 14: At least six people have died in a road accident that took place in Saujiyan area of Poonch district on Wednesday morning.

An official told that a bus, on its way to Mandi from Saujiyan, rolled down into a deal gorge.

He said that soon after the incident, a rescue operation was launched by police, army and locals and injured were shifted to hospital for treatment.