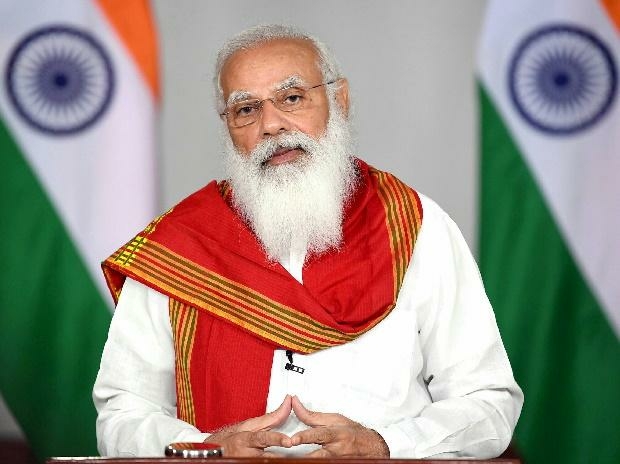 New Delhi: Prime Minister Narendra Modi on Sunday called upon people to pay tributes to soldiers who made the nation proud in the 1999 war.

The Kargil War is a symbol of valour and discipline of our armed forces, he said on the eve of the Kargil Vijay Diwas.

The Prime Minister was addressing the nation through his monthly radio programme ‘Mann Ki Baat’.

The 79th edition of the programme was broadcast on the entire network of AIR and Doordarshan and also on AIR News and mobile app.

Stressing on ‘Nation First, Always First’ mantra, the Prime Minister said as the country enters its 75th year of Independence, every citizen should lead a “Bharat Jodo Andolan” in the same manner as Mahatma Gandhi had led the “Bharat Chhoro Andolan”.

In his 79th edition of the monthly radio broadcast, he noted that on the coming August 15 India will enter its 75th year of Independence and highlighted that Amrit Mahotsav is being celebrated throughout the country to mark that year.

The need of the nation is to unite and work towards national progress, Modi said.

“Just like Bapu (Mahatma Gandhi) led the ‘Bharat Chhoro Andolan’ (Quit India movement), every Indian must lead the ‘Bharat Jodo Andolan (Unite India Movement)’. It is our responsibility that we do our work in such a manner that it helps in uniting our country which is full of diversities,” Modi said.

“We have to move forward with Nation First, Always First,” he asserted.

He called on the people to support the Indian Olympics team on social media by joining the ‘Victory Punch Campaign’ which has already begun.

“You also share your victory punch along with your team and cheer for India,” Modi said.