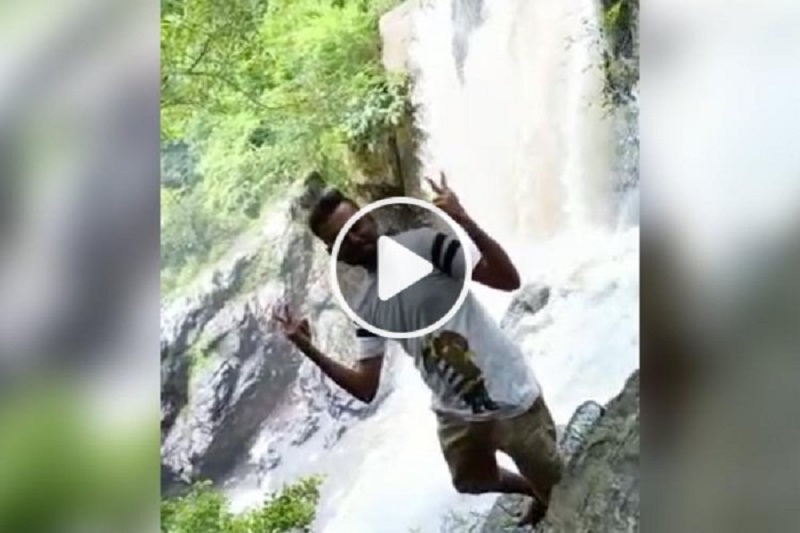 Man falls into waterfall: In a tragic incident reported from Tamil Nadu, a 26-year-old man has swept away after he fell into a 1000 ft waterfall while he was posing for a video near Kodaikanal in Dindigul district on Wednesday.

The man was identified Ajay Pandian. The man had gone to Pullaveli waterfall with his other friend. Ajay had been working at a private state in Thandikudi. The entire incident was caught on camera by Ajay’s friend who was taking his pictures.

The video showed Ajay lowering onto the rocks as he asked his friend to take his picture. As Ajay’s friend took his multiple pictures, he slipped on the rock and fell into the waterfall. Meanwhile, police and fire department officials have launched a search to locate the man. Police said rains and poor visibility marred the rescue operation.

A report in The News Minute said the waterfall in Pullaveli village is considered dangerous and at least five people have died after falling into the waterfall. The area has been experiencing heavy rains in the past few days, which may have made the rock slippery. The rains have also increased the water in the fall and the speed of the currents.

You can watch the video here