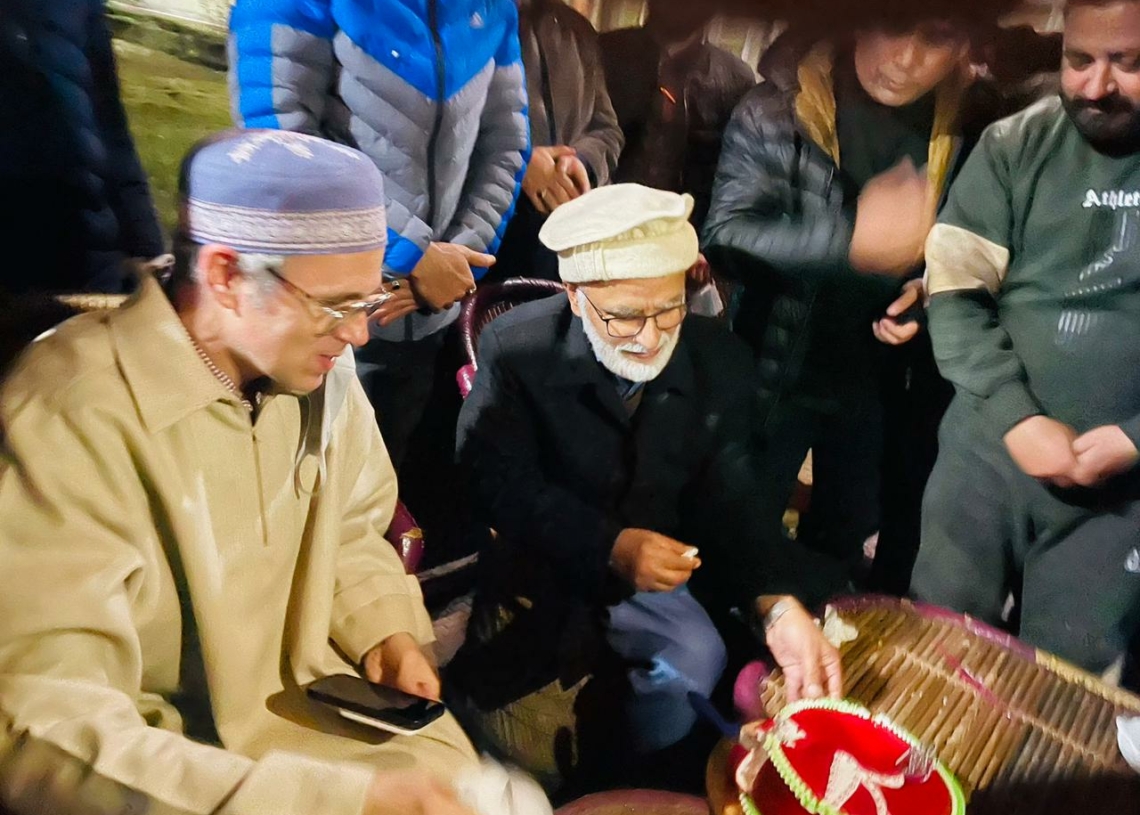 National Conference general secretary Ali Mohammad Sagar turned 62 on Saturday. Party colleagues celebrated his birthday at Ramban as the Omar-led team is on a tour to Chenab valley.

Late in the evening, Omar along with other party colleagues celebrated Sagar’s birthday in style. A cake embossed with National Conference’s red flag with a plough sign was also cut on this occasion.

Earlier, sweet birthday messages were shared by National Conference leaders to pep up Sagar on his birthday. “NC  stalwart Ali Mohd Sagar Sahib (General Secretary) a very happy birthday. We are celebrating his birthday with a public meeting up in the Gool area of Ramban district Grinning face,” tweeted National Conference from its official handle.

“Signing off on a good note & Best clip. Surely Can’t be better than this. A memorable one, “ tweeted Salman Sagar, NC youth leader, and senior Sagar’s son.