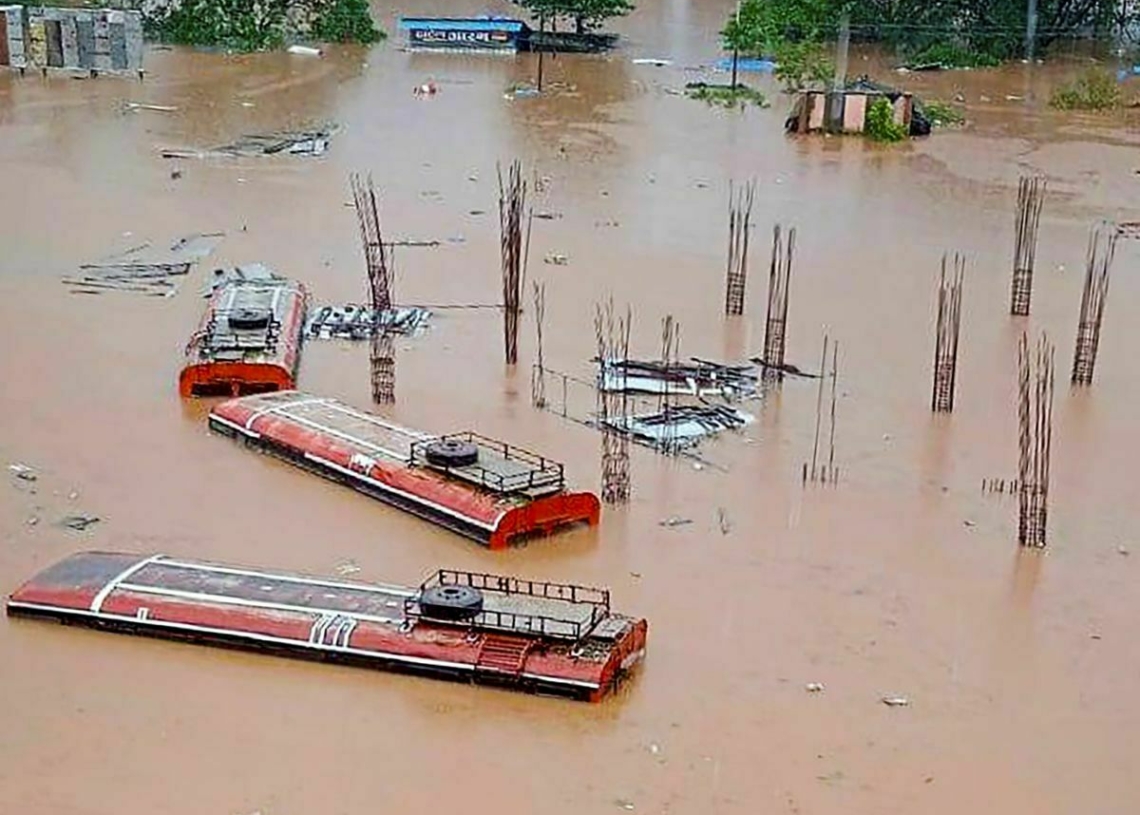 Incessant rain over the last 24 hours has led to devastating floods in parts of Maharashtra, with three districts flooded and two districts facing a flood-like situation.

This is the heaviest spell of rain in the state in July in 40 years.

The Navy has been roped in for rescue and evacuation.

Several teams of National Disaster Response Force (NDRF) personnel too have been deployed for rescue operations in the Konkan region. While Ratnagiri, Raigad, Kolhapur districts are flooded, Sangli and Amravati are facing a flood-like situation.