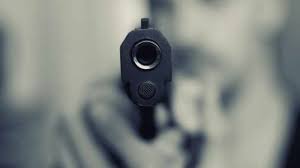 Thane (Maharashtra): A senior citizen from Thane allegedly shot dead his daughter-in-law for not serving him breakfast, police said on Friday.

The incident happened on Thursday morning when Kashinath P. Patil, 76, killed his 42-year-old daughter-in-law with a revolver at their home in Rabodi and fled.

Hearing the sounds of the gunshots, neighbors rushed there and rushed the profusely bleeding woman to a hospital where she succumbed after a few hours.

Another daughter-in-law of Patil has filed a police complaint against their father-in-law, who is engaged in a sand supply business.

The probable trigger was the woman served Patil tea only and was reportedly delaying or denying him breakfast, police said.

Police are investigating if there were any other motives or provocations behind the sudden killing that shocked Thane residents and all family members are being questioned.