‘Madhu ka Panchwa Bacha’: Girl denied admission because her Aadhaar had this name 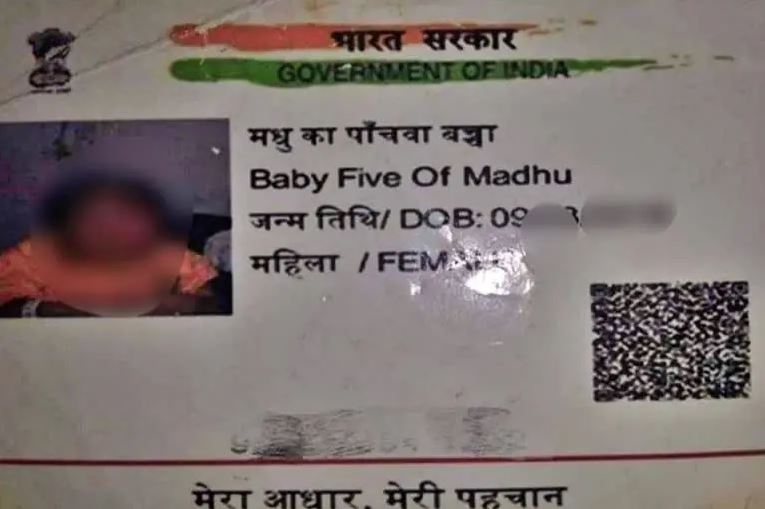 A child was denied admission at a government school here as in place of her name, “Madhu ka Panchwa Baccha” and “Baby Five of Madhu” was written on the Aadhaar card, officials said on Monday.

The card also did not carry the Aadhaar number, they said.

The matter came up on Saturday when Dinesh, a resident of Raipur village in Bilsi tehsil, reached the primary school to get his daughter Aarti admitted.

A teacher, Ekta Varshney, denied admission to her, the officials said.

The teacher asked Dinesh to get the Aadhaar card rectified.

District Magistrate Deepa Ranjan said, “Aadhaar cards are being prepared in post offices and banks. The mistake has happened because of gross negligence. We will alert bank and post office officials and strict action will be taken against those involved in such negligence.”

A picture of the Aadhaar card went viral on social media.