Looking for a Turkey residency? They just changed some rules 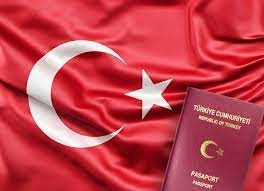 The Turkish government has changed the regulation for foreigners to acquire citizenship in a bid to support the national currency, or the lira, according to a decree.

Foreigners who make a certain investment in the country, buy real estate or make a fixed capital investment could get Turkish citizenship, Xinhua news agency quoted the decree issued in the official gazette as saying.

For example, foreigners who own real estate in Turkey worth at least $250,000 and hold the property for at least three years will be able to acquire Turkish CC

According to the new regulation, the foreign currency obtained from the sale of property to foreigners will be sold to the central bank through a local bank and converted into Turkish lira.

The currency that foreigners keep in the bank for investment will also be converted into the local currency, it said. The regulation comes amid the currency turmoil in Turkey

Taleb on Bitcoin / Cryptos: A Deconstruction