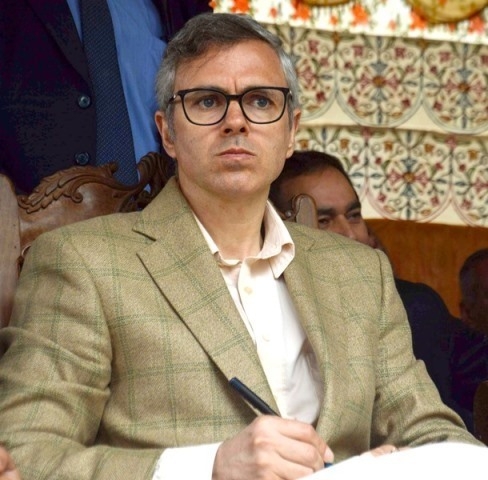 The former chief minister, during a rally in Khanabal, Anantnag, said the party will withdraw all the cases against the stone pelters and will also abolish Public Safety Act (PSA) if it is voted to power.

“We have already made it clear during campaigning in north Kashmir that if voted to power, NC will abolish PSA and will withdraw the cases against the stone pelters,” he said.

Interestingly, the party has made similar promises in the past as well but once attaining power, it, like its rival PDP, has put the issue on the back burner. Instead, the draconian law that PSA is has been used with more impunity than ever in the recent years.

In north Kashmir alone, official data reveals that as many as 779 persons have been slapped with PSA from 2009 to 2017.

Omar and president of his rival party PDP, Mehbooba Mufti, both served as J&K’s Chief Ministers during these years.

The law was introduced during the Sheikh Abdullah government in the 1970s, initially to discourage timber smuggling. However, it has often been used by the successive state governments against their own people, drawing severe criticism from human rights groups at home and abroad.

At present, according to January 2019 figures, there are as many as 230 people who have been booked under the Public Safety Act in 2018 alone.

Recently, after Government of India banned the socio-religious group, Jamaat-e-Islami (J&K), the authorities detained hundreds of its members and slapped PSA against many of them.

Barring the promises talk in the rally, Omar also seemed confident of his party’s victory in the Baramulla Lok Sabha constituency, which went to polls last Thursday.

Talking to reporters, Omar said “it has won the Baramulla seat with a good majority” adding the party is confident that it will emerge victorious on all the three Lok Sabha seats in Kashmir.

“We have started campaigning for South Kashmir seat and we hope the boycott effect will be less as it would certainly help the other candidates to emerge victorious,” Omar said.

As has become a routine, Omar also took on PDP for its eternal gaffe of allying with BJP.

“We had warned late Mufti Sayeed and former chief minister Mehbooba Mufti not to forge an alliance with them (BJP) but later our apprehensions came true.

“The BJP’s anti-Muslim policies are known to all. That’s why we had appealed the PDP to not give space to BJP in Jammu and Kashmir,” the former J&K chief minister said.

Stating that BJP was continuously attacking the Articles 370 and 35A, Omar claimed that whenever National Conference was out of power, “such forces took advantage of the situation following which Jammu and Kashmir bore the brunt.”

“We want assembly elections to be held soon after the culmination of parliamentary polls so that people get a chance to elect their representatives. If voted to power, NC will fight against all the issues including the highway ban and attack on special status,” Omar said.