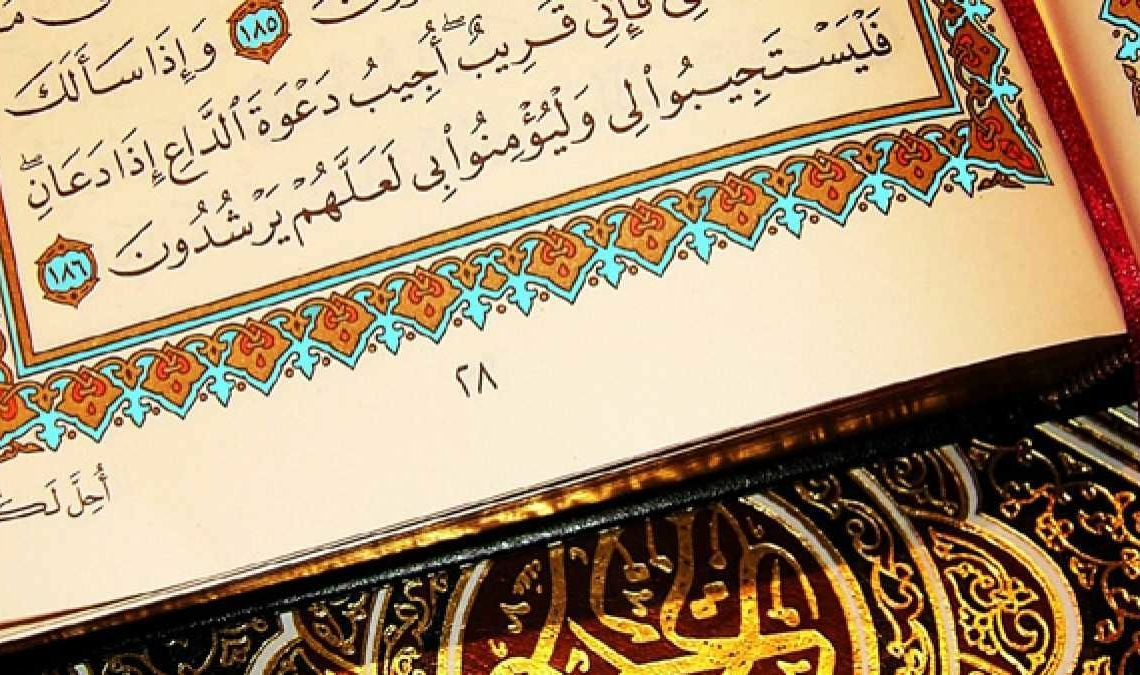 During Ramadan we celebrate the Qur’an. This is fitting owing to the close association between the month of fasting and the Qur’an. Allah mentions in the Qur’an, The month of Ramadan in which the Qur’an was revealed (2:185).

Perhaps this association is connected to the fact that during the month we recite the sacred scripture as often as we can.

The scholars of the early generations used to drop their other intellectual pursuits during Ramadan and devote themselves exclusively to the Qur’an. It is related that ‘Umar would order Ubayy bin Ka’b and Tamim al-Dari to lead the people in prayer during Ramadan. They would recite two hundred verses in a single unit of pray (rakat), until some of the congregation would lean on canes owing to the length of the recitation. They would not disperse until just before Fajr. Some of the earlier generations of Muslims would complete the Qur’an every third night in Ramadan, others in seven, yet others in ten.

Rather, the prohibition against completing the Qur’an in less than three days is against doing that constantly. As for exceptionally virtuous times such as the Month of Ramadan, especially the days during which the Night of Decrees (Layla al-Qadr) is sought out; or in especially virtuous places, such as Mecca, for those who are not permanent residents there, it is highly desirable to increase the rate of recitation to take advantage of the [blessed nature] of the time and place.

They not only recited the Qur’an, they also studied it, served it, acted on its commandments and prohibitions and lived lives informed by the worldview that it presented. Part of their service to the Qur’an was their preservation of the Arabic language through the development of the various linguistic sciences of grammar, morphology, syntax, rhetoric, phonology, etymology, semantics and monumental works of lexicography. The work of the early Muslims in these areas stands as one of the greatest intellectual enterprises in human history.

Hence, the Qur’an was a source of their strength and they were elevated thereby. The Prophet stated, “Allah elevates by means of this Book (The Qur’an) nations and He debases others.” They were not elevated by the Qur’an in terms of worldly power and influence only. They were a spiritually enlightened community qualified by exalted manners and noble characteristics.

The Qur’an can be the source of our elevation. I have seen a glimpse of that myself. During my first stint as Imam of Masjid al-Islam in New Haven, Connecticut from 1987-1994, the community was committed to the Qur’an. During Ramadan we would do two Khatms of the Qur’an as a community, one during the Tarwih prayers and one during the late night Qiyam during the last ten nights of the month. Families would bring their infant children to sleep in a room adjoining the Musalla during the Qiyam.

We would complete the Qur’an in a Halaqa after Fajr on a regular basis. Young men, some of whom were struggling in “school,” would join the circle and learn to recite the Qur’an in Arabic in two or three weeks. We would seek out the meanings and endeavor to understand and implement the commandments presented by the Book. As a result, the community was strong and cohesive. There is no denying that we had the same social ills present in other inner-city communities, but compared to others places they were minimal.

As we survey the current Muslim landscape we see in many places a gloomy picture. Divorces and other indices of social dysfunction are skyrocketing. Many individuals are struggling with faith crises. If we look at the connection to the Qur’an, both at a communal and an individual level, we see a highly undesirable situation. The Qur’an has largely been abandoned.

If we are caught up in the cultural currents that are constantly urging greater involvement with those media and their messages, those messages will not only continue to define us, they will rob us of the time needed to begin and sustain the process of Qur’anic transformation. We will need to institute anti-television initiatives for our communities, schools and families. As communities and as individuals we are going to have taken measures to ensure that we limit the time we spend engaged with the internet.