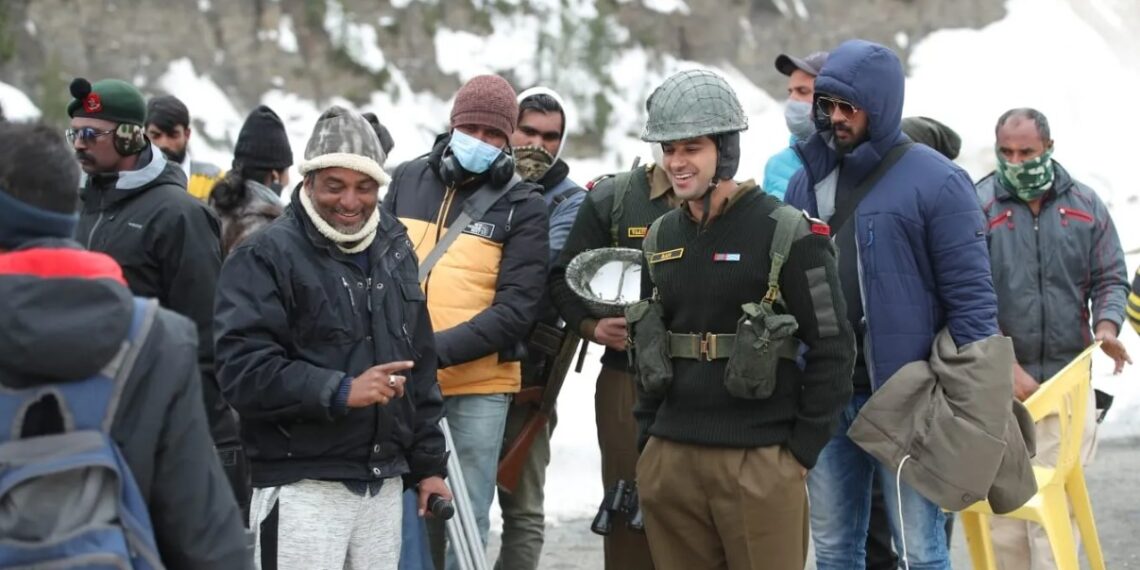 Srinagar: Jammu and Kashmir government has granted permission to over 150 filmmakers from Bollywood and Tollywood to shoot movies and web series in the union territory.

Afaq Rasool Gadda, Films Officer, told The Kashmir Monitor that so far 150 filmmakers have been granted permission to shoot in Jammu and Kashmir.

“While few of the films have been already shot here, some new films will be filmed in coming weeks.  The process of receiving applications and granting permissions is a continuous process,” he said.

Gadda said big banners from the south and Bollywood will be shooting films and web series in the coming months.

“Aamir Khan-starrer Lal Singh Chadha was shot in Kashmir. A team of National Geography also shot their film in Kashmir. From documentary to feature films, big banners are now showing interest in shooting in the union territory,” he said.

Another official said that many producers from Punjab are also showing keen interest to shoot their music videos in autumn and winter.

A single-window mechanism has been started by Jammu and Kashmir Film Development Council to facilitate hassle-free shooting. Filmmakers are applying online at jkfilm.jk.gov.in.

A filmmaker can choose a location and book it online. He or she can avail of incentives offered by the administration.

Last year, the government launched its maiden film policy to attract filmmakers to Jammu and Kashmir.  The government also created a Film Development Fund (FDF) in the Information Department for the fiscal year 2022-23 for the disbursement of subsidies envisaged in the J&K Film Policy 2021.

For the last one year, many films and music videos have been shot in the valley. Prominent among them include Vijay Deverakonda’s Kushi and  Udit Narayan and Lakhwinder Wadal music videos.