LG pays tributes to Pranab Mukherjee, says ‘he will be remembered for his vision’ 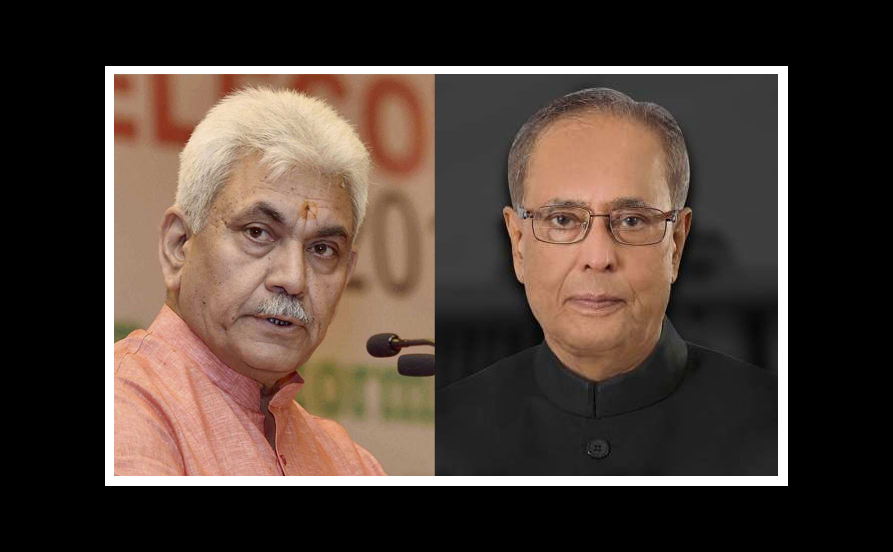 Srinagar: Jammu and Kashmir Lt Governor Manoj Sinha on Tuesday paid tributes to former president Pranab Mukherjee and said he will always be remembered for his vision, immense contribution to the progress and development of the nation.

Sinha recalled the former president as a distinguished Parliamentarian, able administrator and an outstanding policymaker.

“Humble tributes to former President Pranab Mukherjee ji on his Punyatithi. He was a distinguished Parliamentarian, able administrator & outstanding Policymaker. He will always be remembered for his vision, immense contribution to the progress & development of the nation,” the J&K LG wrote on micro-blogging site twitter.

Mukherjee, who passed away on this day last year, served as the 13th President of India between 2012 and 2017. In a political career spanning over five decades, Mukherjee, a veteran Congress leader, occupied several ministerial portfolios in the Government.

Prior to his election as President, Mukherjee was Union Finance Minister from 2009 to 2012. He was awarded India’s highest civilian honour, the Bharat Ratna, in 2019, by President Ram Nath Kovind.