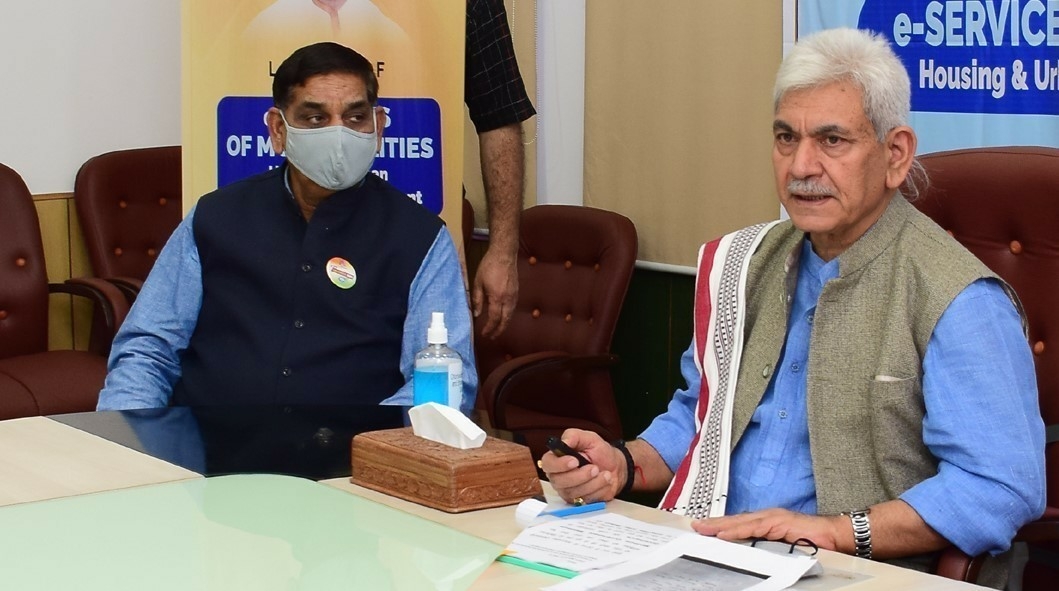 Speaking on the occasion, the Lt Governor observed that the launch of eight Government-to-citizens and six Government-to-businesses e-services for Urban dwellers and business owners, to provide hassle free online services is yet another milestone in the direction of providing effective public service delivery at the doorsteps of people.

J&K Government is working on the principle of “Minimum Government, Maximum Governance”, as envisioned by the Prime Minister, to make working of the government more accountable, responsive and transparent, said the Lt Governor.

Terming faceless and paperless services as a leap towards ‘Good Governance’, the Lt Governor said that these e-services will reduce human interface, besides ensuring hassle-free services to the people in a fast and transparent manner.

The Lt Governor observed that the services like provision of online Birth and Death Certificates, corrections in birth/death certificates, Licenses and NOCs for various trade activities, Dairy registration, Road cutting permissions, new sewerage connection, registration of pet dogs, registration of Pet Clinic, Bird/Pet Trade etc, besides other public services have been made transparent and simplified through online mode.

The Lt Governor impressed upon the concerned officers to expedite the provision of remaining e-services, including online building permission, and explore the possibilities of increasing revenue of ULBs to make them vibrant and self reliant.

He directed the concerned officers to take comprehensive measures for making Urban Development Plans of Jammu and Srinagar a reality at the earliest.

He also called upon the Mayor JMC for holding awareness campaigns and taking local people onboard for making the Urban Local Plan and public services self-sustainable.

Sh. Chander Mohan Gupta, Mayor, Jammu Municipal Corporation also spoke on the occasion and said that with the launch of these e-services, long pending demand of making various public services available through online mode is fulfilled.

Sh. Dheeraj Gupta, Principal Secretary to the Government, Housing and Urban Development Department briefed the Lt Governor about 14 e-services developed by H&UDD. He also informed about other e-services that are at advanced stages and would be made available online soon.

Ms. Avny Lavasa, Commissioner, Jammu Municipal Corporation gave a detailed PowerPoint presentation on the salient features of newly launched e-services. She also apprised the Lt Governor about the timelines within which the services would be provided.