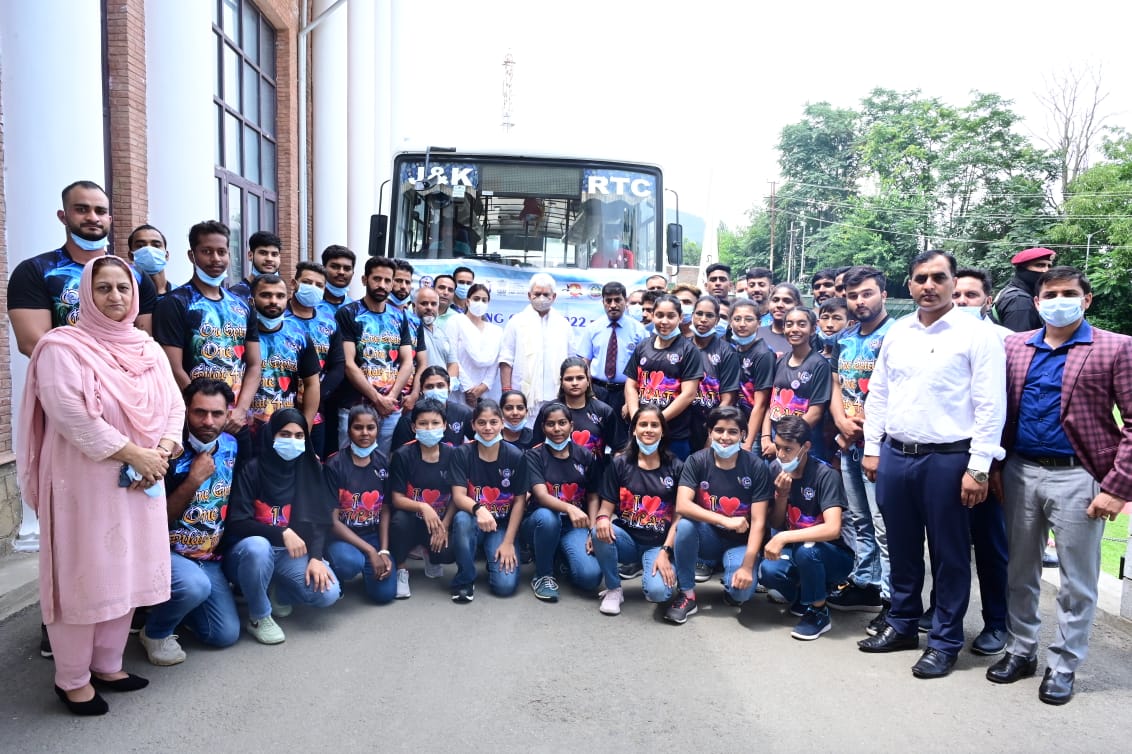 ‘Our youngsters are doing amazingly well in every sport discipline today’

The Lt Governor interacted with the Pencak Silat players and coaches and wished them success in the upcoming world championship.

It is a matter of great pride to represent the country in the World Championship. Have a great game out there and make us all proud. More than a billion will be cheering for you, the Lt Governor told the players.

“Our youngsters are doing amazingly well in every sport discipline today, ready to reach for the sky and spread the country’s glory in the world. I am truly proud to see their confidence, dreams and dedication to transform the country into a sporting powerhouse. Congratulations and best wishes to the players, coaches and team officials,” the Lt Governor said.

The Lt Governor also enquired about the facilities and training provided to the players during the 21-day long National coaching camp conducted at Srinagar.

The team of 36 players (Men & Women) from across the country will be departing to Malaysia. Eight players from Jammu & Kashmir – Karan Chopra, Sheikh Najmus Saqib, Suhaib Jeelani, Peer Aadil Manzoor, Ravees Ahmad, Komal Dhiman, Bilqis Maqbool and Aqsa Gulzar are part of the team representing the country in the world championship.

A total of six coaches & staff members including two coaches from J&K- Mohammad Iqbal & Irfan Aziz, besides one staff member – Mufti Hamid Yasin from the UT are also accompanying the Indian Team for the World Pencak Silat Championship.

This is the first national contingent which will depart for the international tournament from Srinagar.

Later, the Lt Governor, along with other dignitaries signed the ball to kick-start the One Ball One World Environment Campaign- the Spirit of Football on Sustainable development and environmental awareness about climate change.