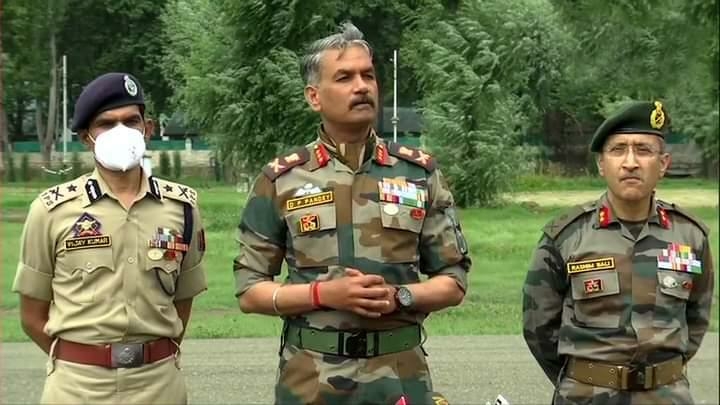 Srinagar: Security forces on Saturday claimed to have achieved a major success by killing a foreign militant and “mastermind” of Lethpora fidayeen attack of 2019 in which 40 CRPF men were killed.

He was killed along with another Jaish operative whose identity is yet to be ascertained.

Giving details, a police spokesperson in a statement said: “On a specific input generated by police regarding presence of terrorists in the forest area of Namibian and Marsar, general area of Dachigam forest, a joint cordon and search operation was launched by Awantipora Police and Army in the area.”

During the search operation, the hiding terrorists fired on the joint search party, which was retaliated leading to an encounter, the spokesperson said.

“In the ensuing encounter two terrorists were killed. One of the killed terrorists has been identified as top most Pakistani terrorist Mohammad Ismal Alvi @Lamboo @Adnan, affiliated with proscribed terror outfit JeM. However, the identification of the other killed terrorist is being ascertained,” he added.

As per police records, the spokesperson added, “the killed terrorist Mohammad Ismal Alvi @Lamboo was A++ categorized terrorist and figured among the list of most wanted terrorists operating in the valley”.

“He was a highly trained terrorist especially expert in making of IED. He was instrumental in planning and executing terror attacks on security establishments and civilian killings of which several terror crime cases have already been registered against him. He was the mastermind and main accused in the February 2019 Lethpora Fidayeen attack. He was also involved in the killing of SPO Fayaz Ahmed, his wife and daughter in Tral, recently. Besides, other terror crimes, he was also instrumental in motivating and recruiting the youth to join terror folds and also motivating local youth for stone pelting and other criminal activities,” the statement read.

Moreover, it added, the “killed terrorist was carrying out terrorist activities in Police District Awantipora, District Pulwama and district Anantnag”.

“He was a close associate of terrorist Abdul Rehman @ Fauji @ Idrees Bhai R/o Multan Pakistan who along with two local associates were killed in an encounter at Kangan Pulwama on 03-06-2020. He was trying to re-establish and strengthen JeM terror outfit and utilize Awantipora especially Kakpora and Pampore area of Pulwama as a hot bed for receiving new terrorist groups and transporting them to the other parts for carrying out terrorist attacks.”

The police spokesperson said that Alvi was closely associated with Jaish chief Masood Azhar and had infiltrated into this side of Kashmir in the year 2017 through Sakargadh Sector.

He, the police added, had also visited several training camps of JeM din Afghanistan and Pakistan.

“Worth to mention here that there were 19 accused terrorists /OGWs involved in Lethpora terror attack case. Out of 19, 07 terrorists including terrorists Adil Dar, Mudasir Khan, Umar Farooq, Kamran, Qari Yasir,Sajjad Bhat and today Mohd Ismal Alvi @ Lamboo were killed in encounters, 07 terrorists/OGWs have been arrested and 05 are still absconding.”

As per police, incriminating materials, arms and ammunition including one AK rifle, one M-4 Carbine, a Glock pistol, Chinese Pistol were recovered from the site of encounter.

“All the recovered materials have been taken into case records for further investigation and to probe their complicity in other terror crimes,” he said.

Corps Cmdr 15 corps, IGP Kashmir and GoC VF congratulated the joint teams of Police and Army “for the big success that led to the elimination of most wanted terrorist who was wanted by the law for his involvement in several terror crime cases.”

“In this connection, police has registered a case under relevant sections of law and investigation has been initiated,” the spokesperson added.