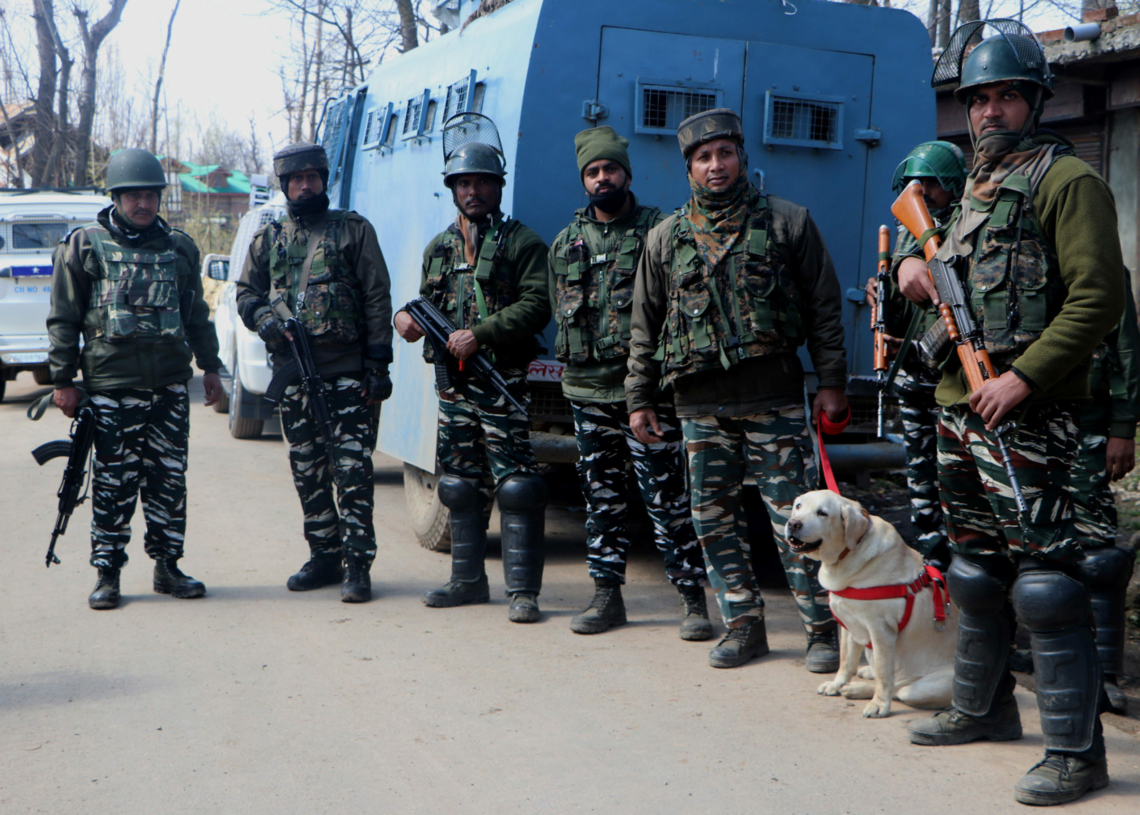 Srinagar, Mar 15: A Lashkar-e-Toiba ‘commander’ was among four militants killed in a gunfight with the security forces in Watrigam village of south Kashmir’s Anantnag district on Sunday, police said.

A joint team of the army’s 19 RR and Special Operations Group of Jammu and Kashmir Police launched a cordon and search operation in Watrigam near Dialgam, reports said. As the joint team of the security forces approached the suspected spot, the hiding militants fired upon them, triggering an encounter.

As per reports, militants were in a small hideout inside the house owned by one Fayaz Ahmed and were caught unaware when the encounter took place.

Quoting police, a local news agency KNT reported that the input about the hideout and the presence of militants was received from the area, but it took almost the whole night to locate the actual house and for that purpose the area was brought under cordon and thorough searches of the residential houses were carried out.

The security forces, as per the report, used explosives to destroy the hideout and recovered the bodies of four militants and some arms and ammunition.

Umar Amin, 22, a B.Tech graduate from Jalandhar Punjab. He had joined LeT ranks in April 2019. His relative, as per the news agency, said that after finishing his B.Tech, Umar arrived in Kashmir but joined militant ranks and never visited his home.

“Umar and Muzaffar are from same village and neighbours. Muzaffar had joined LeT in December 2017 and was a close associate of Lashkar Commnader Naveed Jatt. Before joining militancy, he owned a bakery shop,” the news agency reported.

Another slain militant Gulzar Ahmed Bhat, 22, was a school dropout who had joined JeM in October 2018; Sajad Ahmed Bhat, 27, was a wood cutter before joining militancy in April 2019, the report added

Acting on specific information, Anantnag Police along with security forces including 19 RR and CRPF launched a cordon and search operation in Dar Mohalla Watarigam area of Dialgam, Anantnag.

Two AK 47 rifles, two pistols, ammunition and other incriminating materials have been recovered from the site of encounter.