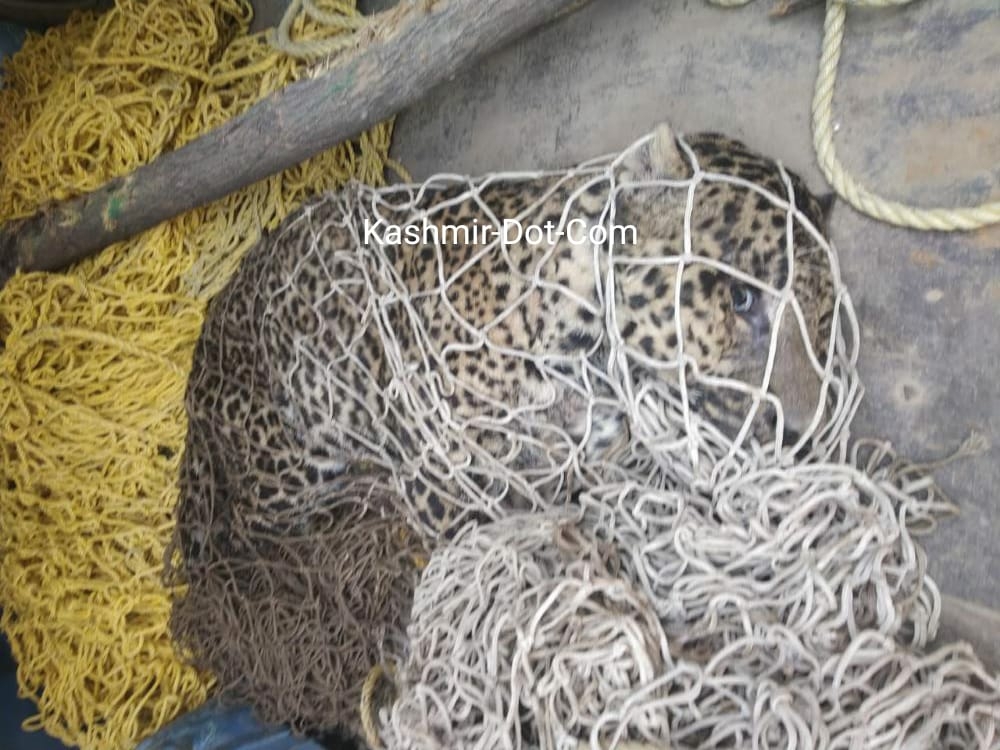 Srinagar: The J&K Wildlife Department officials along with police Saturday caught a leopard in Khudpora village of Khansahib in central Kashmir’s Budgam district.

An official said the wild animal was roaming in the residential areas of Khansahib locality and other adjoining areas posing a threat to the locals especially children.

He said a team of wildlife officials armed with guns along with Budgam Police visited the area and captured the leopard alive this morning after locals of the area informed them about it.

Mohammad Shaban, a local, said the leopard was spotted in the area after which they informed the wildlife officials.

“The officials cast net on the leopard and caught him alive,” he said.

The incident comes few days after a 5-year-old girl was mauled to death by a leopard in Ompora area of the same district.

The next morning her mutilated body was found in the nearby woods. The District Magistrate declared the leopard as man-eater and ordered its immediate elimination. (KDC)