Leh to have civil services examination centre from this year: Jitendra Singh 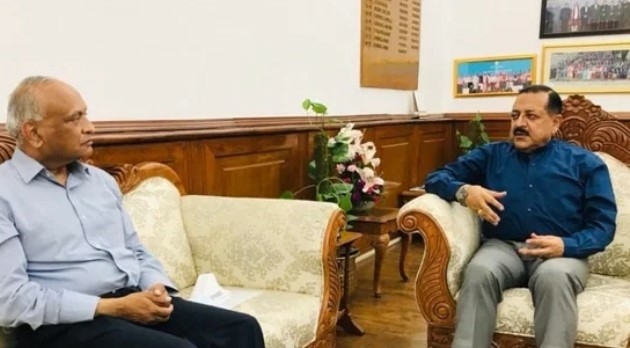 For the first time ever, the Union Public Service Commission (UPSC) will have an examination Centre at Leh to conduct Civil Services (Preliminary) Examination 2021.

The announcement came after Lieutenant Governor of Ladakh R K Mathur called on Union Minister of State for Ministry of Personnel, Public Grievances and Pensions Dr Jitendra Singh in Delhi.

The decision is believed to be helpful for the youth of the Ladakh region whose grievance was that they found it difficult to reach Examination Centres in other parts of the country because of the constraints of affordability of airfare and uncertain weather conditions.

According to the Ministry of Personnel, Public Grievances and Pensions (DoPT), Dr Singh informed that monetary incentives called ‘Special Allowances’ for AIS officers belonging to NE Cadres of AIS is paid to the officers who are working in the North-Eastern Region, presently at the rate of 20% of the basic pay and the same has been extended to the AIS officers working in the UT of Ladakh also vide order dated April 12, 2021.

In another major decision, the union minister said that the Staff Selection Commission (SSC), affiliated with DoPT, is conducting computer-based examination for selection to Group ‘B’ and ‘C’ posts of the Union Territory of Ladakh. This arrangement, he said, will streamline free and fair selection on merit for Group-‘B’ and Group-‘C’ posts in the Government departments.

A new centre of examination will be opened at Leh for the conduct of UPSC examinations, while the Lamdone Online Assessment Institute Leh is facilitating the SSC examinations.

The Civil Services (Preliminary) Examination 2021, scheduled to be held on October 10.