Landlord kills tenant for not paying rent on time 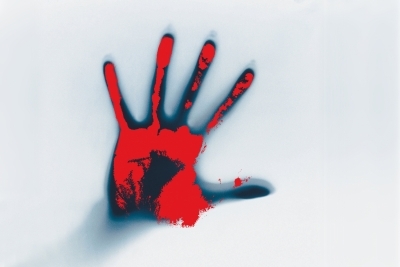 In a shocking incident, a 38-year-old man was killed while his wife was brutally injured after being attacked by their landlord in the national capital for not paying rent on time, an official said here on Friday.

According to the official, an information was received on Thursday at around 11 a.m. at the Mayur Vihar police station that a man identified as Kale Khan, a resident of Trilokpuri, was brought dead at the Lal Bahadur Shastri Hospital, while the deceased’s wife, identified as Maheshwari (36) was admitted in a grievously injured state.

Six hours later, another injured man identified as Murgan (49) was also admitted to the same hospital.

Kale Khan’s son then narrated the whole incident. He told the police that Murgan, who had given one shanty to them on rent, paid them a visit on Thursday.

“An argument ensued between Maheshwari and Murgan over pending house rent and electricity bill, which turned violent as Murgan pulled Maheshwari’s hair and in retaliation she slapped him,” the official said.

On hearing the commotion, people gathered around the shanty and took both the injured persons — Kale Khan and Maheshwari — to the hospital, where Khan was declared brought dead. Maheshwari is currently undergoing treatment.

Based on the minor’s statement, the police registered an FIR under Sections 302, 307 and 34 of the Indian Penal Code.

Three of the accused — Murgan, Arumugam and Ajay — have been detained, while Sahil is absconding.

“Efforts are on to nab the fourth accused,” the official added.

Ashraf Ghani fled to save his life: Former Afghan NSA