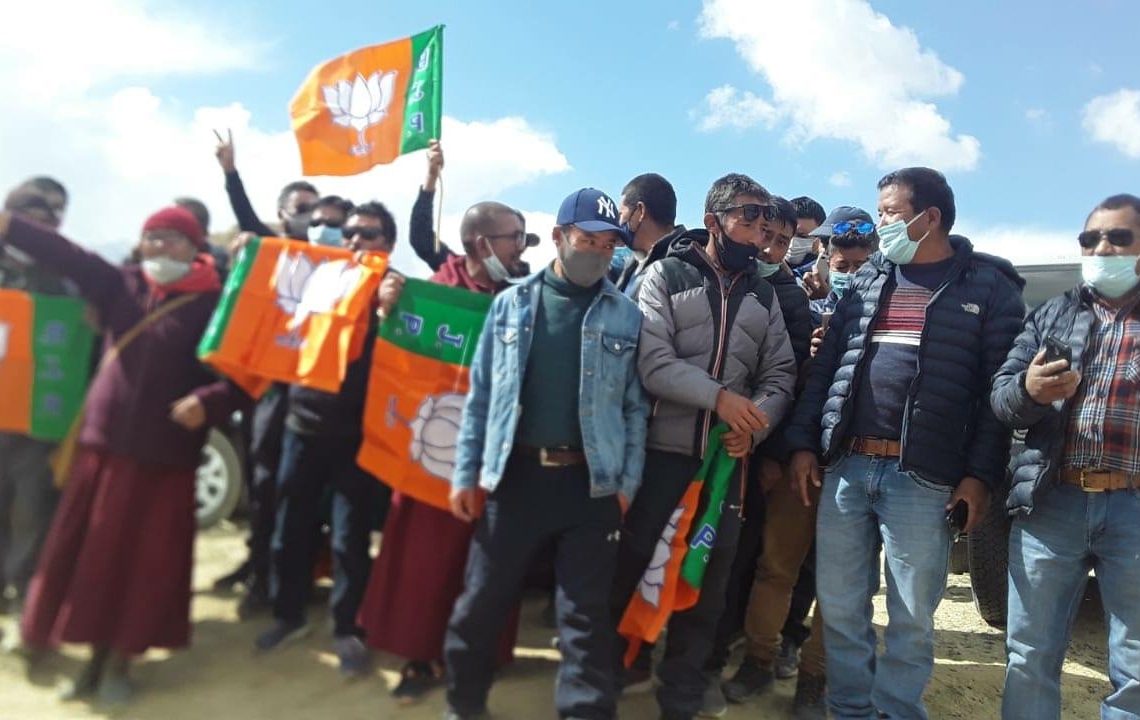 Srinagar: The Bharatiya Janata Party (BJP) has won 10 out of 26 seats in Leh where the counting for Ladakh Autonomous Hill Development Council (LAHDC) polls is underway.

In Nubra Valley, BJP has won six seats out of seven. The counting of Nubra Valley has concluded and all these seven seats fall in the same area.

Meanwhile, an official said that the counting is still underway and the results will be out within two hours.

This is the first election after the Centre granted Union Territory status to Ladakh.

A total number of 94 candidates are contesting the elections. BJP and Congress fielded candidates on all 26 constituencies, while AAP is contesting 19 seats.  Twenty-three independents are also in the fray.

LAHDC polls recorded total of 65.7 percent voter turnout.  Out of 89789 registered electorates,  54257 voters including 28263 females exercised their right to franchise.

In addition, a total of 2538 cast their vote via postal ballot and 1635 via EDC vote. Sku Markha constituency recorded the highest voter turnout of 83.59 percent.