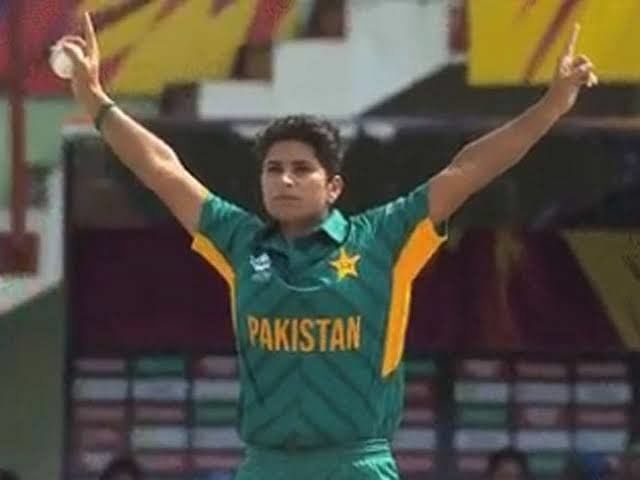 Imagine a cricketer being handed over a representative cheque at a glittering ceremony but sans crediting the amount!

This is not fiction but a reality in modern-day cricket. Pakistan women cricketer Nida Dar was allegedly cheated of Rs 5 lakh An event was recently organized to honor Nida. Nida was handed over a representative cheque of PKR 5 lakhs.

However, Nida claimed that event organizers left the venue without transferring the money to her account.

Nida Dar made her debut against Sri Lanka in 2010. Known as the lady ‘Boom Boom’ due to her admiration for Shahid Afridi, Nida is one of the most successful players in the country.

Nida had become the first female Pakistan player to clinch100 T20 wickets. In fact, her idol, Afridi, had only claimed 97 T20 wickets in his career. In One Day Internationals (ODI), Nida has, so far, claimed73 wickets and is third on the list of most wickets taken in ODI cricket by Pakistan cricketers in the women’s division.

So far, Nida has played in 108T20Is and 82 ODIs. The 34-year-old is still going strong and is giving her best in the middle of the field.

After the news of cheating became viral, former Pakistan bowler Mohammad Amir offered financial support to Nida Dar. “You can send me her details. I will try my best to help her family,” Amir wrote on Twitter.

Pakistan journalist Shoaib Jatt had first reported the matter on Twitter. He has informed the people about the alleged scam. Nida’s father has been suffering from a disease and her brother has been hospitalized.