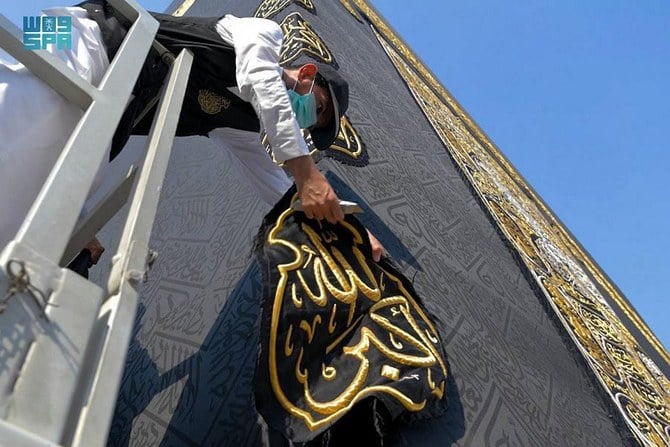 MAKKAH:Saudi Arabia carried out maintenance work on Ghilaaf-e-Kaaba in Makkah.

Specialized teams fixed some tears on the lower part of the Kiswa, the Saudi Press Agency (SPA) reported.

The King Abdulaziz Complex also dedicated a day to installing a new silk fabric around the lower part of Kaaba.

The current Kiswa was installed at the Kaaba during the new Islamic year of Muharram 1, 1444, which coincided with July 30, this year, in the Gregorian calendar.

The Kiswa is replaced annually in a tradition observed for centuries.