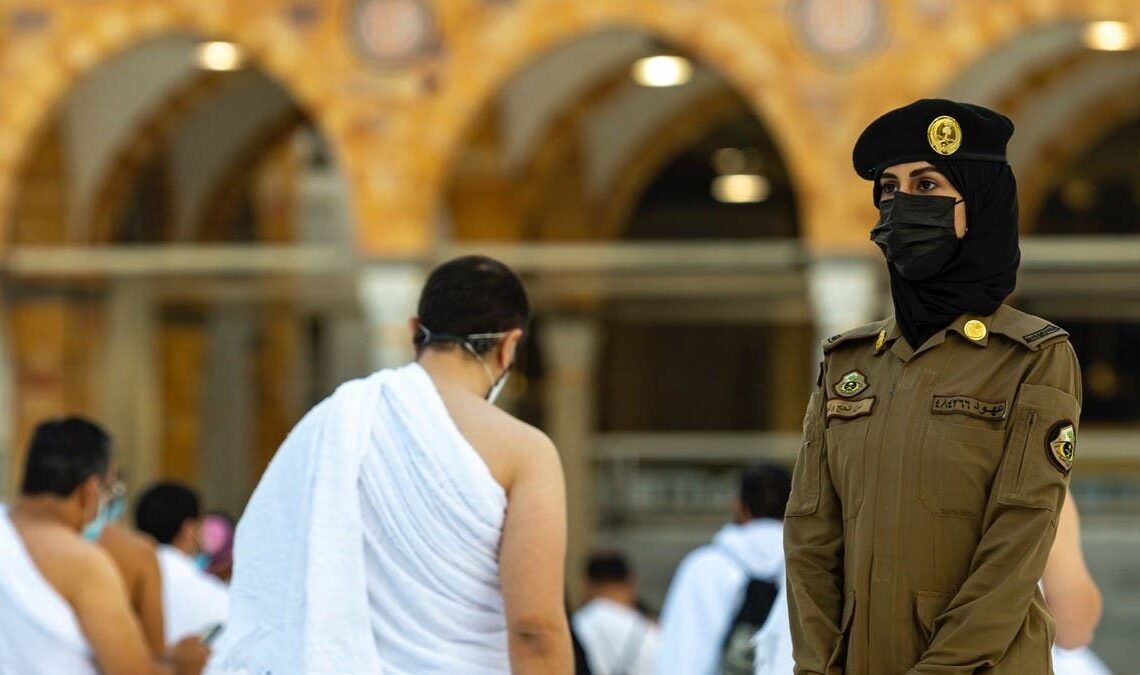 Arab News reported General President for the Affairs of the Grand Mosque and the Prophet’s Mosque Sheikh Abdulrahman Al-Sudaia had issued directions for deploying women to managing crowds.

“Our mission at the agency is to assist and smoothly lead women’s crowd to designated areas for women to pray and perform their rituals in a safe environment such as to ensure grouping (and leading) women coming for Umrah and Hajj to the Mataf to perform the circumambulation, to vacate the women’s prayer area after the prayers, and preparing to receive other groups of women around the clock. Working to serve pilgrims is a great honor that we take pride in,” Qahl added.

In 2021, for the first time in Arab history, female soldiers stood guard to maintain law and order during Hajj in Makkah.

Saudi authorities announced that one million Muslims including 850,000 performed Hajj for the current year, most of them from outside the Kingdom, while their number in the last Haj season before COVID-19 was about 2.5 million Muslims from all over the world.