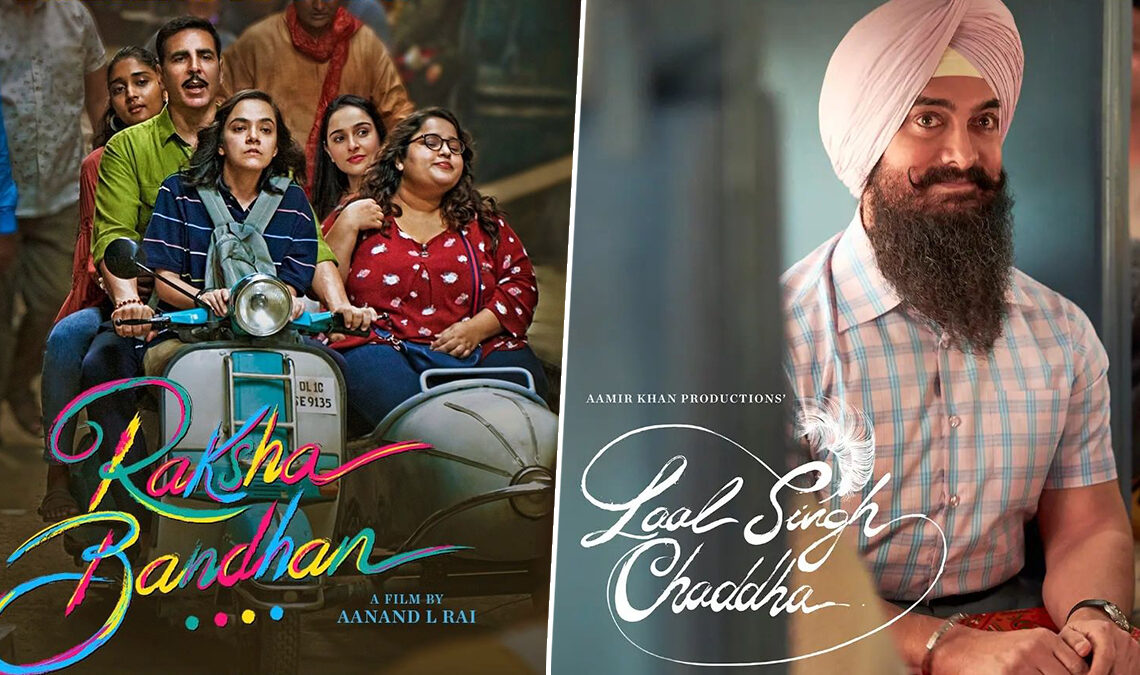 “….Ahmad Ibn Umar, who plays young Laal is one of the finest performers in the movie. He shines like a star and his innocence reflects beautifully, just what Laal needed. Aamir as Laal does a great job, and while the mannerisms might take a while to get frequented to, he has added ample of his elements to the character for it to stand out,” zoomtventertainment.com wrote.

Besides ‘Laal Singh Chaddha’, Ahmad had acted in Salman Khan- starrer ‘Notebook’. He has also completed shooting for yet to be released South Indian flick ‘Kushi’ starring Samantha Ruth Prabhu and Vijay Deverakonda.

The film is based on the beautiful relationship of the brother-sister and the dowry issue that still exists somewhere in the interiors of India.

In a pre-film release video, Sidia turned into a Kashmiri teacher to her co-star Akshay Kumar. In the video, Sadia is seen asking Akshay if he can speak anything in Kashmiri. “Akshay sir, can you say something in Kashmiri,” she asks. To it, he responds: “Sadia Khateeb cha wariya asal koor (Sadia is a good girl)”. Sadia adds to it “very good girl”.

According to Bollywood Hungama, Laal Singh Chaddha, which had a budget of a whopping INR1.8 billion, had sold around 30,000 tickets at the three national chains, PVR, Inox, and Cinepolis.

“In terms of all India sales, the film, which is an official remake of the hit Hollywood film Forrest Gump, has sold approximately 57,000 tickets for the opening day,” the report shared. “Poor advance booking for Laal Singh Chaddha till now. Reasons could be the poor word of mouth till now, consumers traveling due to the long weekend, or social media backlash,” Abneesh Roy, Executive Director of Edelweiss Securities, said.

Reports of low advance bookings had been doing rounds since Tuesday itself. On Wednesday, film trade analyst Taran Adarsh tweeted, “Stop painting a rosy picture. Let’s get the facts right. The advance bookings of Laal Singh Chaddha and Raksha Bandhan are way below expectations. Both dependent on spot bookings, walk-in audience, and word of mouth to put up strong totals on day one.”

An exhibitor from Delhi told Hindustan Times, “The occupancy for Laal Singh Chaddha is around 15-20 percent in multiplexes and for Raksha Bandhan, it is even lower, as low as 12 percent in some halls for the first shows. This is very disappointing.” BoxOfficeIndia.com has also reported the same figures.

Khan’s last outing – the Yash Raj Films venture Thugs of Hindostan in 2018, made on a whopping INR3 billion budget and also starring Amitabh Bachchan – earned only half that sum in Indian net collections.

Kumar’s Raksha Bandhan, on the other hand, saw advance booking of 35,000 tickets sold for day 1 at the box office with a total collection of approximately INR6.9 million. The film is produced by Zee Studios and director Aanand L Rai at an approximate budget of over INR700 million.

Kumar has had three flops in Bell Bottom (Aug 19, 2021), Bachchhan Paandey (March 18, 2022), and Samrat Prithviraj (June 3, 2022) over the past year. His only hit during this period has been Sooryavanshi (Nov 5, 2021), which was made on a production budget of about INR1.6 billion and earned a net lifetime collection of INR1.9 billion in India and INR2.95 billion gross worldwide collections, according to the publication.