La Niña effect: Brace up for warmer `Chilai Kalan’ in Kashmir this year 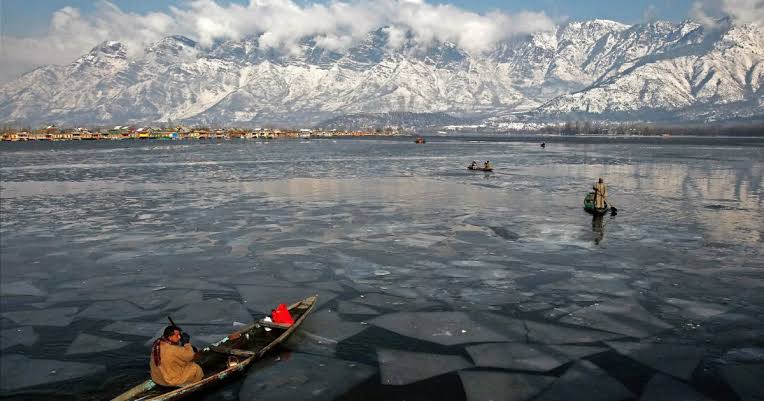 Srinagar: Call it a La Niña effect, Jammu and Kashmir could witness dry and warmer winters this year.

It suggests that the most drastic impact would be on the Union Territory of Jammu and Kashmir where there is a “55-75 percent” chance of warmer nights. This could be true for most parts of Himachal Pradesh, many parts of Uttarakhand as well and most of northeast India.

“The impact of such above normal day and night temperatures in mountainous regions of Jammu and Kashmir, Himachal Pradesh, Uttarakhand, Sikkim, and Arunachal Pradesh could be experienced in the form of glacier melting in the region,” the outlook said.

Founder of the popular weather channel, ‘Kashmir Weather’, Faizan Arif told The Kashmir Monitor that in the last two winters, Jammu and Kashmir have witnessed near-normal to below-normal rainfall.

“This can be linked to La Niña conditions, (a complex weather pattern that impacts the global climate and disrupts normal weather patterns, which can lead to intense storms in some places and droughts in others) affecting winter temperature and precipitation regimes. They have been prevailing since 2020 and are expected to continue till February 2023. It indicates that conditions will be no different this winter too,” Arif said.

According to Arif’s research, on an average scale, Jammu and Kashmir witnesses below-normal rainfall during the winter season (December to February) when La Niña conditions are prevailing.

“However, there is a possibility that one of the next two months, January or February, can experience normal or even excess rainfall,” he added.

Arif pointed out that conditions look bad for December as no significant Western Disturbance is in sight currently.

“Except for some showers at a few places around 9 to 10th December, mostly dry weather can continue till 20th December. Even if we get to see a strong Western Disturbance in the initial days of Chillai-Kalan, it may not be able to compensate for the whole month’s loss,” he said.