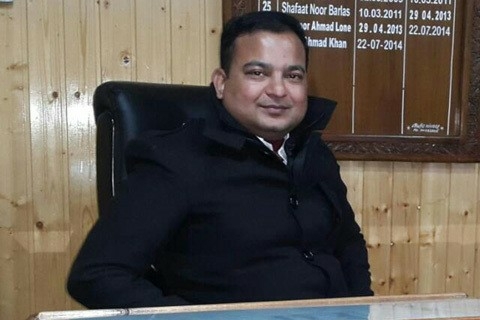 Srinagar, Nov 7: Niraj Kumar was removed from Director, Indian System of Medicine, for allegedly making transfers in violation of the rules.

On June 28, the Health and Medical Education instructed Director ISM not to issue any transfer/attachment orders of medical officers and other gazette level posts without the prior approval from the administrative department.

A source in General Administration Department said that government took a serious note for making transfers in violation of the rules. “Few of the transfers have been made despite Model Code of Conduct being in place. The Governor office took a serious note and directed for his transfer,” the official said.

On October 23, the ISM issued an order says that in the interest of administration and patient care Dr Syed Abdul Shakoor Bukhari Medical Officer Govt ISM Dispensary Nawpora Srinagar in Regimental therapies and Ksharsutra is hereby directed to work at Ayush Unit SMHS Hospital Srinagar as I/C unit. The transfer was made despite the Model Code of Conduct in place for panchayat polls.

On July 17 and 20, the Director issued three separate transfer orders of medical officers.

These transfers according to the source has been made without the approval by the administration department.

However, the source said that the ISM did not adhere the directives.

Kumar did not respond to repeated calls from this reporter.

Earlier, he was also attached following an enquiry into his conduct after his awkward photographs with some women went viral on social media.