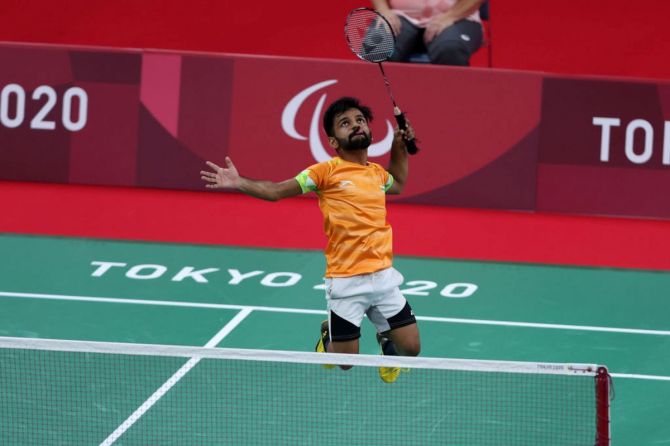 This was India’s fifth gold medal at the ongoing Games.

As expected, the early exchanges in the match were close. The unseeded Kai stepped up his game to gain a point lead and went into the mid-game interval ahead 11-10.

Krishna came back strongly after resumption and wasted no time whatsoever in regaining the lead. The Indian displayed quick reflexes and kept the rallies short to clinch the first game 21-17 in 14 minutes.

Man Kai wasn’t ready to get bogged down and clawed his way back in the second game. A series of errors by Krishna saw him trail 11-7 at the one minute break. Kai maintained his momentum and put up a scintillating display to close out the second game 21-16 in 14 minutes.

The decider saw the Indian firing on all cylinders. He grabbed a handy 11-7 lead going into the interval. Kai fought back to level the score at 14, but it was Krishna who held his nerve better. He raced to a 19-16 lead as Kai committed unforced errors. The Indian allowed Kai just one more point before sealing the game and match 21-17 in 15 minutes.

Earlier in the day, Suhas L Yathiraj, the Noida District Magistrate, won a silver medal after going down fighting in the final of the men’s singles SL4 event against France’s Lucas Mazur. Lucas won 15-21, 21-17, 21-15 in 62 minutes.