Kishtwar cloudburst: No trace of 19 missing persons so far 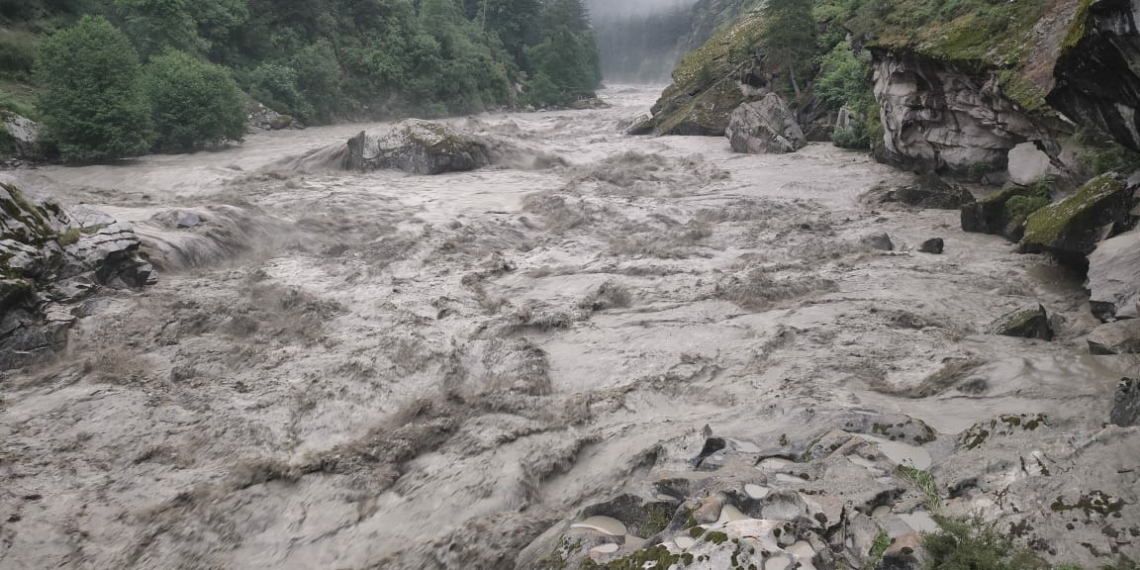 The operation to trace out the 19 persons including eight women who are missing after a cloudburst on intervening night of July 27 and 28 continued at Honzar village in Kishtwar district.

So far seven people have died while seventeen others were rescued in injured condition, five of them critically. However, rescuers met with no success on Friday as there was no trace of the missing persons, the officials said.

The officers trekked on foot for total 34 kms (both sides) to get the first hand information amidst difficult terrain and continuous rainfall, they said.

The Divisional Commissioner and ADGP conducted on-site inspection of devastation caused by flash floods which were triggered by excessive rain and cloudburst.

During the visit, the Div Com and ADGP met with the villagers and victims and also inquired about the operation being conducted by the rescue teams.

The locals demanded the constitution of a Rehabilitation Committee to facilitate the provision of Relief and Rehabilitation of the affected people in an efficient and transparent manner.

They demanded for the employment of the NOKs of the deceased on immediate basis besides restoration of essential services like electricity, water supply and other relief measures.

The Div Com listened to their grievances and said that the government is at their doorstep to provide each and every possible relief in these tough times.

Besides, he assured them that directions have been issued to the concerned officers for making all provisions for restoring normal life in the area.

He directed SDM Marwah to expedite the process of disbursement of  compensation as per  SDRF norms as already announced by UT govt  to be extended into the accounts of the victims on immediate basis.

Further, DFO was to repair the damaged infrastructure likes bridges etc as per SDRF rules urgently.

Besides directed the heads of all the concerned department to assess the damages in livestock etc for necessary actions.

Enroute, he also met with delegations at Suid, Sounder and Hanzer and listened their demands and suffering being faced by them. People demanded public health centre at Housar, establishment of Helipad at Hounzar, besides demanded timber for suffer, special SPO recruitment, establishment of bank branch at Suid.

He assured them that all their genuine demands and issues shall be redressed at an earliest with all possible efforts. (GNS)