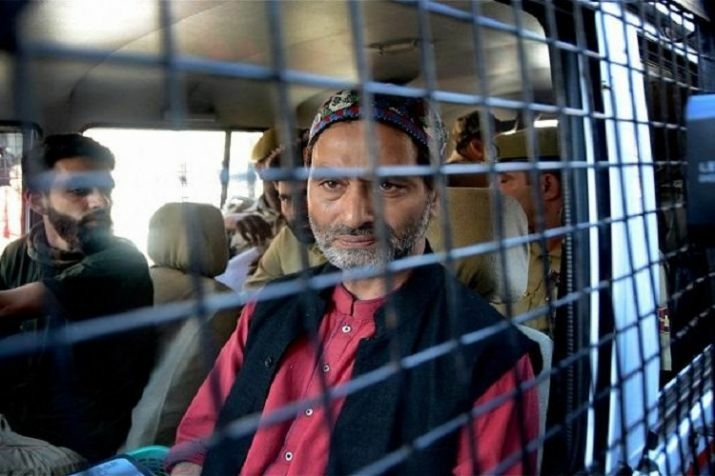 Srinagar, Mar 16: A special Terrorist and Disruptive Activity (TADA) court on Monday framed charges against the banned Jammu and Kashmir Liberation Front chairman Yasin Malik and four others in connection with the killing of four IAF personnel on January 25, 1990.

Malik, however, denied the charges that were sent to him through an email in the morning.

The case had come up for hearing on Monday after the court had given a go head for the framing of charges and prosecution of Malik last week. The next hearing has been scheduled for March 30.

In another case against Malik regarding his involvement in the 1989 kidnapping of Rubaya Sayyed, daughter of Late Mufti Sayeed, former Home minister and chief minister of Jammu and Kashmir, will be heard on March 20.

The CBI has requested the court for the fast-tracking of the hearing on daily basis. Malik had joined JKLF in 1989 after the controversial 1987 assembly elections, and later became JKLF chief after the killing of group’s chief Ashfaq Majeed on March 31, 1990.

Malik was charge-sheeted by the Central Bureau of Investigation (CBI) before the TADA court in Jammu on August 31, 1990, in connection with the killing of IAF personnel

He been arrested by the NIA and lodged in Tihar jail for militant funding.