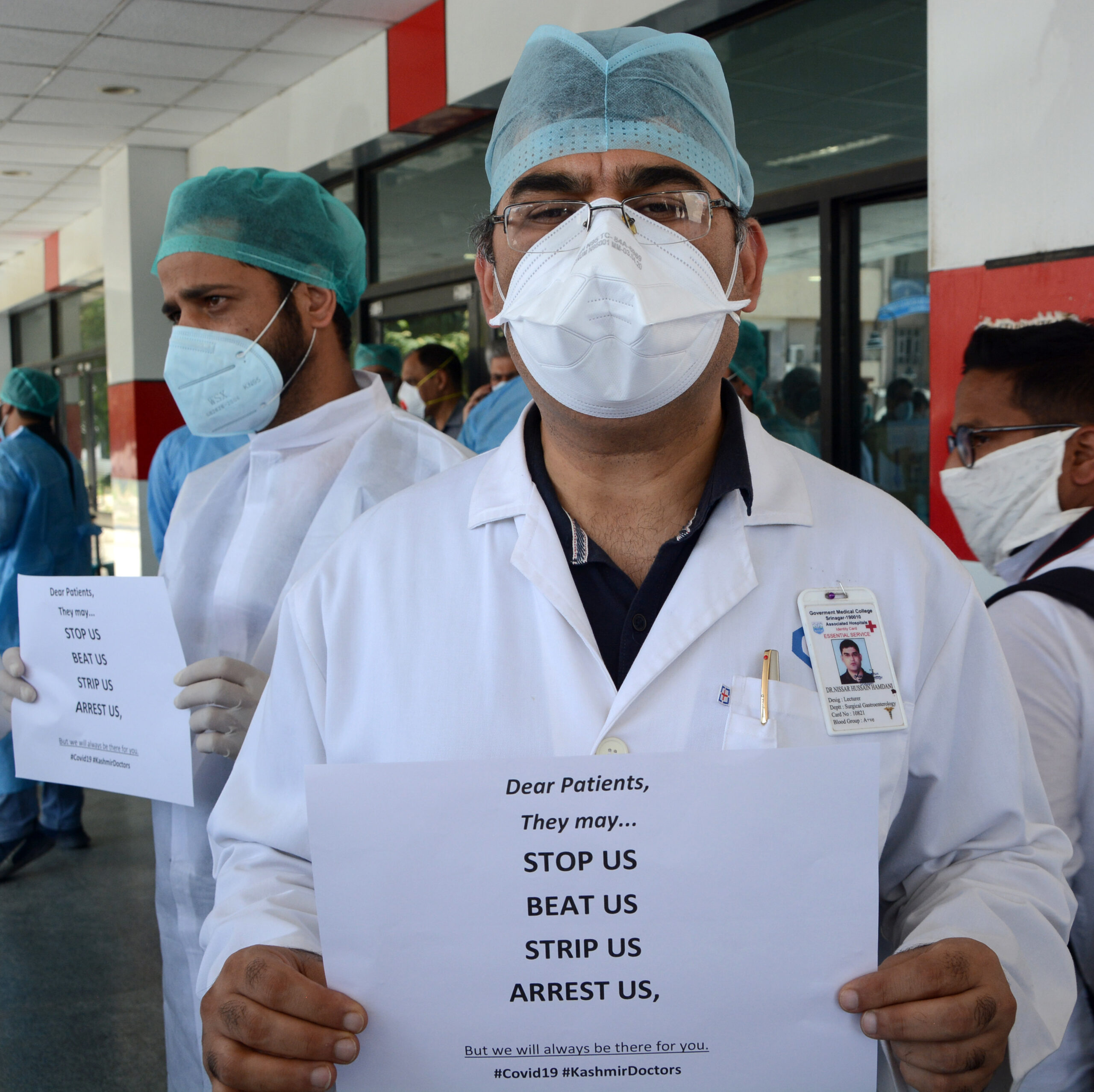 Srinagar: Days after police made peace with doctors, a senior Budgam epidemiologist Dr Muzaffar Ahmad was thrashed by CRPF personnel when he was on way to his office at Chadoora.

Chief Medical Officer (CMO) of Budgam Dr Tajamul Hussain said Dr Muzzafar was stopped at Chadoora Main Chowk by CRPF and despite producing his identity card, he was dragged and beaten ruthlessly.

“He has soft tissue injuries. He was kicked in both his legs,” he said.

Dr Muzaffar, who looks after the entire Covid-19 work in Budgam, told news agency KNT that he was walking near the Chadoora market when he was stopped at a barricade by CRPF personnel.

“Despite revealing my identity, the troopers hit me with batons, dragged me on the road, and kicked in my chest. It was only after the intervention of some locals that I was saved. I was rushed to District Hospital Budgam,” he said.

The incident comes against the backdrop of IGP Kashmir’s assurances that doctors and frontline workers will not be stopped or harassed.

“We have continued to discharge our duties despite hurdles and threats. Forces are not considering the orders. This is unacceptable. We should be allowed to move without any harassment. We aim to deliver for the public good,” Dr Tajamul said.

Public Relations Officer (PRO) of CRPF said a positive case had emerged in the area and CRPF with civil police were containing the area. “This person was walking and tried to break through the containment. Initially, he didn’t show his documents and he was not beaten. There was a minor exchange of words and the issue has been amicably settled now,” he said.